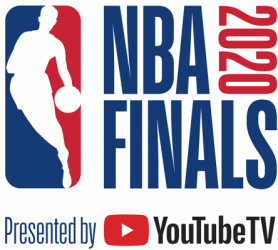 The 2018/19 season was one of great disappointment for LeBron James and the Los Angeles Lakers as they faded out of playoff contention quickly in the second half of the season. Looking to give LeBron a second star to run with, the Lakers acquired Anthony Davis as Frank Vogel was named the team’s new coach. The trade was just what the doctored ordered as the Lakers ended their six-year playoff drought by posting the best record in the NBA. In the playoffs, the Lakers have been a machine, winning in five in each of their first three series. In the first round, they lost their first game to the Trail Blazers and won the next four games. That pattern was repeated in the second round against the Rockets. While in the Conference Finals, the Lakers won the first two games with the heroics of Davis and only lost Game 3.

The Miami Heat had a solid regular season but remained under the radar in the Eastern Conference. The focus was on teams like the Bucks and Celtics, along with the reigning champion Toronto Raptors. With players like Tyler Herro and Bam Adebayo emerging as stars for Miami. The Heat swept the Pacers in the first round, stunned the Bucks, who had the best record in the NBA in five games and beat the Celtics in six. The Heat have played strong defense and have been deadly beyond three-point range.

Ever since that foggy morning in Los Angeles, when Kobe Bryant died in a helicopter crash, the Lakers have been a team on a mission. In the playoffs, LeBron James and Anthony Davis have been unstoppable. LeBron in nearly averaging a triple-double with 26.7 points, 10.3 rebounds, and 8.9 assists per game. Anthony Davis, meanwhile, is averaging 28.8 points and 9.3 boards per game. If the Lakers dynamic duo continues to flourish, there is nothing that Miami can do to prevent this series from being over quickly as the Lakers again hit the magic number five games. 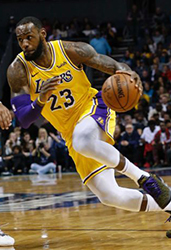