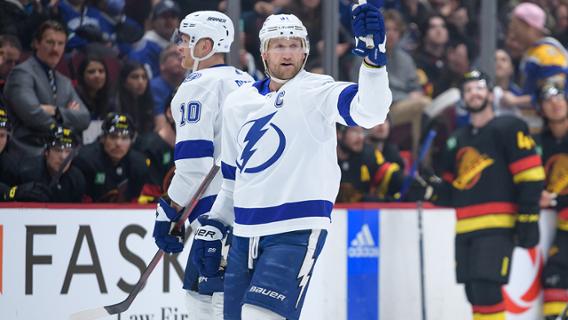 On Wednesday night one of the Tampa Bay Lightning’s best players in franchise history, continued to make his own history as he scored his 500th goal. Steven Stamkos lit the lamp 3 times, recording a hattrick, and netting his 21st goal of the season as he joined the 500 club.

The Lightning, who’ve been on a tear of late, won their 5th straight game, beating the Canucks 5-2. Brian Elliott stopped 37-of-39 shots for the Lightning as well.

Vancouver has struggled as of late, having not won a game since January 5th. The battle tested Lightning will continue to take their win streak on the road with them, as they’ll play in Edmonton on Thursday against the Oilers.