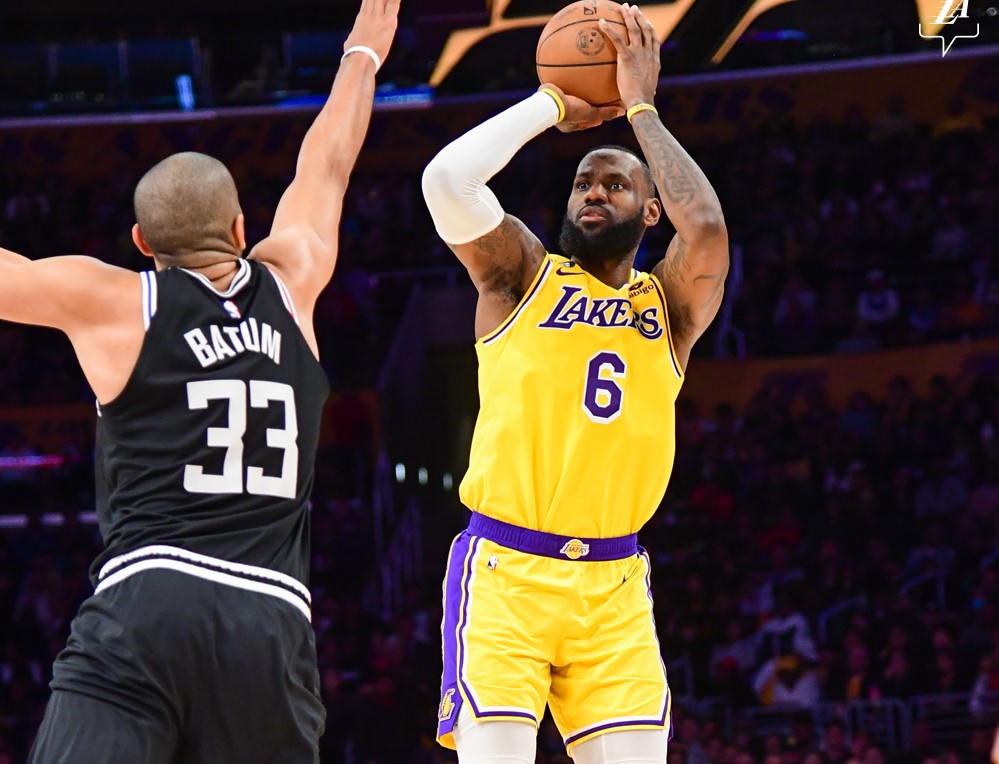 On Tuesday night the battle of the Crypto.com arena commenced between two unachieving teams. In the game that saw the Clippers control for virtually all four quarters, LeBron James continued to make basketball history.

LeBron sunk a career high 9 3-pointers, and scoring a total of 46 points. James’ total brought him to scoring at least 40 points against every NBA team in the league throughout his career.

However, as a team the Clippers made 19 shots behind the arc, contributing to their 133-115 win, and their third straight victory against the Lakers this season.

LeBron will continue to chase down the game’s greatest players in the record books this season, and beyond. One must ask, where this Lakers team is headed though, as they remain outside of the play-in games, and seemingly have a multitude of roster limitations.

The Lakers will hope that newly acquired, Rui Hachimura will bring new life to the squad on Wednesday night, as they’ll take on the Spurs at home.