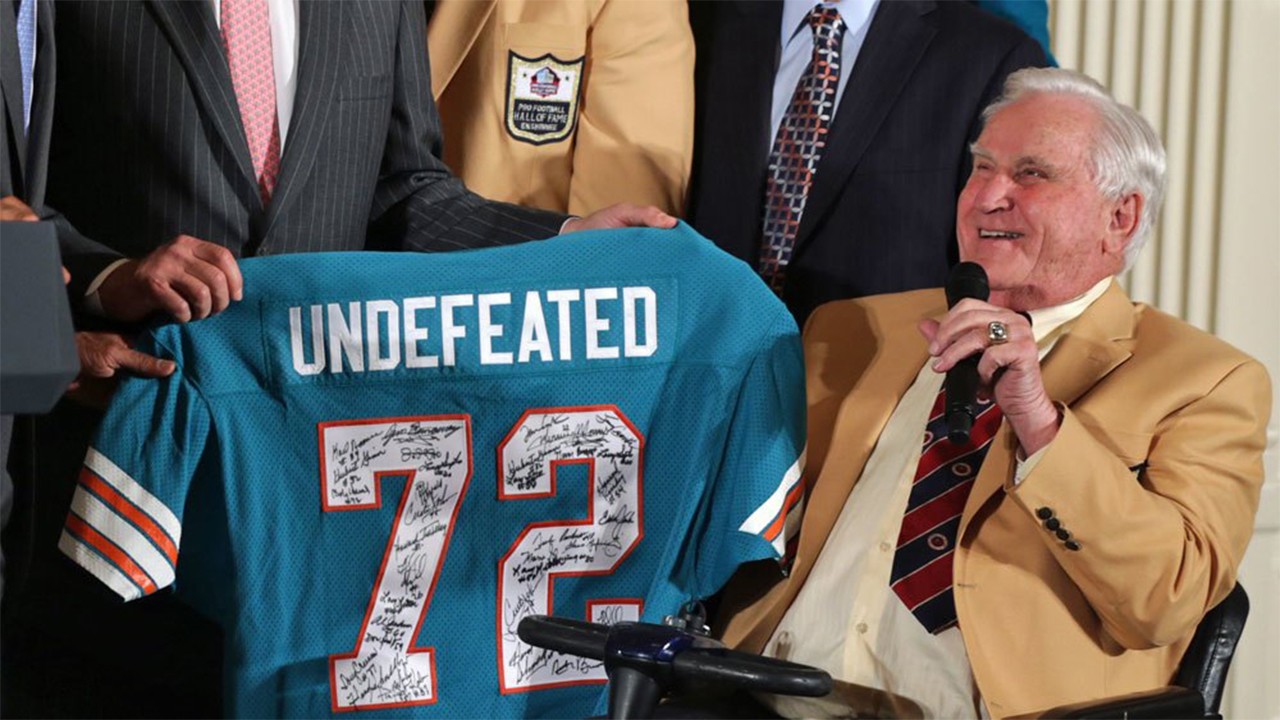 NFL Hall of Famer Don Shula died on Monday at the age of 90. He was the NFL’s All-Time winningest coach, winning 347 games, including the postseason. Shula began his coaching career with the Baltimore Colts in 1963. He led the Colts to Super Bowl III but lost to the New York Jets. He later moved on to the Miami Dolphins, appearing in five Super Bowls, winning back to back Lombardi Trophies, including the 1972 team that at 17-0 was the only undefeated team in NFL history. In 33 years as a coach, Don Shula only had two losing seasons. He won with defensive grinding teams, led by the no names and Larry Csonka and high octane passing teams led by Johnny Unitas and Dan Marino.