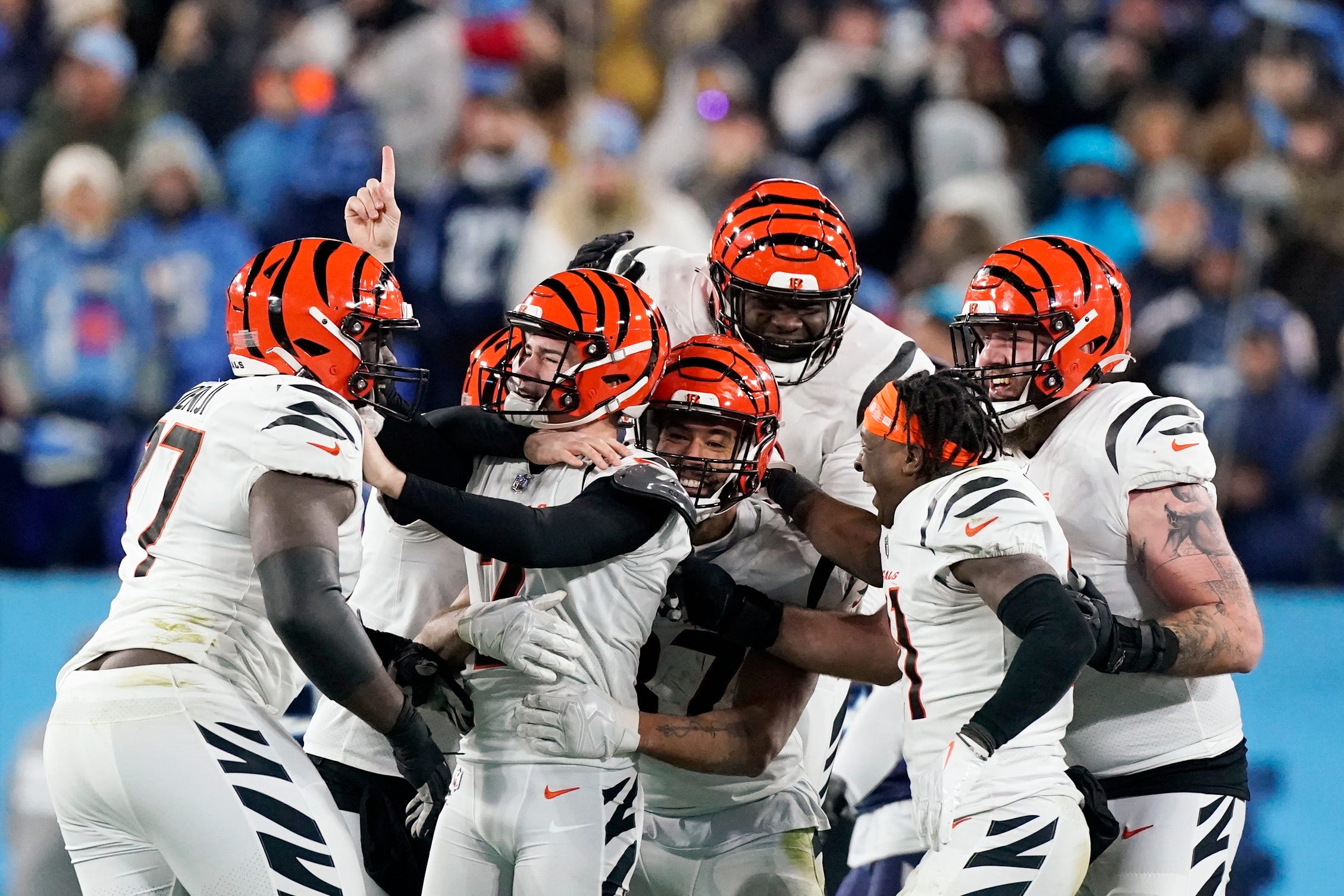 The Divisional playoff round kicked off at Nissan Stadium in Nashville on Saturday.  A win would send Joe Burrow and Bengals to the AFC Championship game for the first time since the 1988-1989 season.

The game immediately took a vibe of an upset being on the cards as Ryan Tannehill threw an interception on Tennessee’s first drive.  The Bengals were resolute for the entire contest on all three phases of the ball.  The aforementioned Tannehill threw three interceptions on the afternoon.  Coupled with rookie kicker Evan McPherson being 4-4 on field goal attempts, Cincinnati played complimentary football for the majority of the game.

The Titan’s first round bye may have had them well rested, but a lack of rhythm was evident for the one seed as they sputtered throughout the four quarters.  Burrow distributed the ball well for the away team, passing for 348 yards.  While he didn’t have a touchdown on the night, his moxy and charisma helped guide the Bengals to the finish line.

The rookie McPherson stepped up with 4 seconds left and nailed a 52-yard kick as time expired.  It was a clutch moment for a team that’s been clutch in their two postseason games thus far.  Cincinnati will now await their fate.  As the four seed they will travel to Arrowhead or Buffalo for the AFC Championship game.