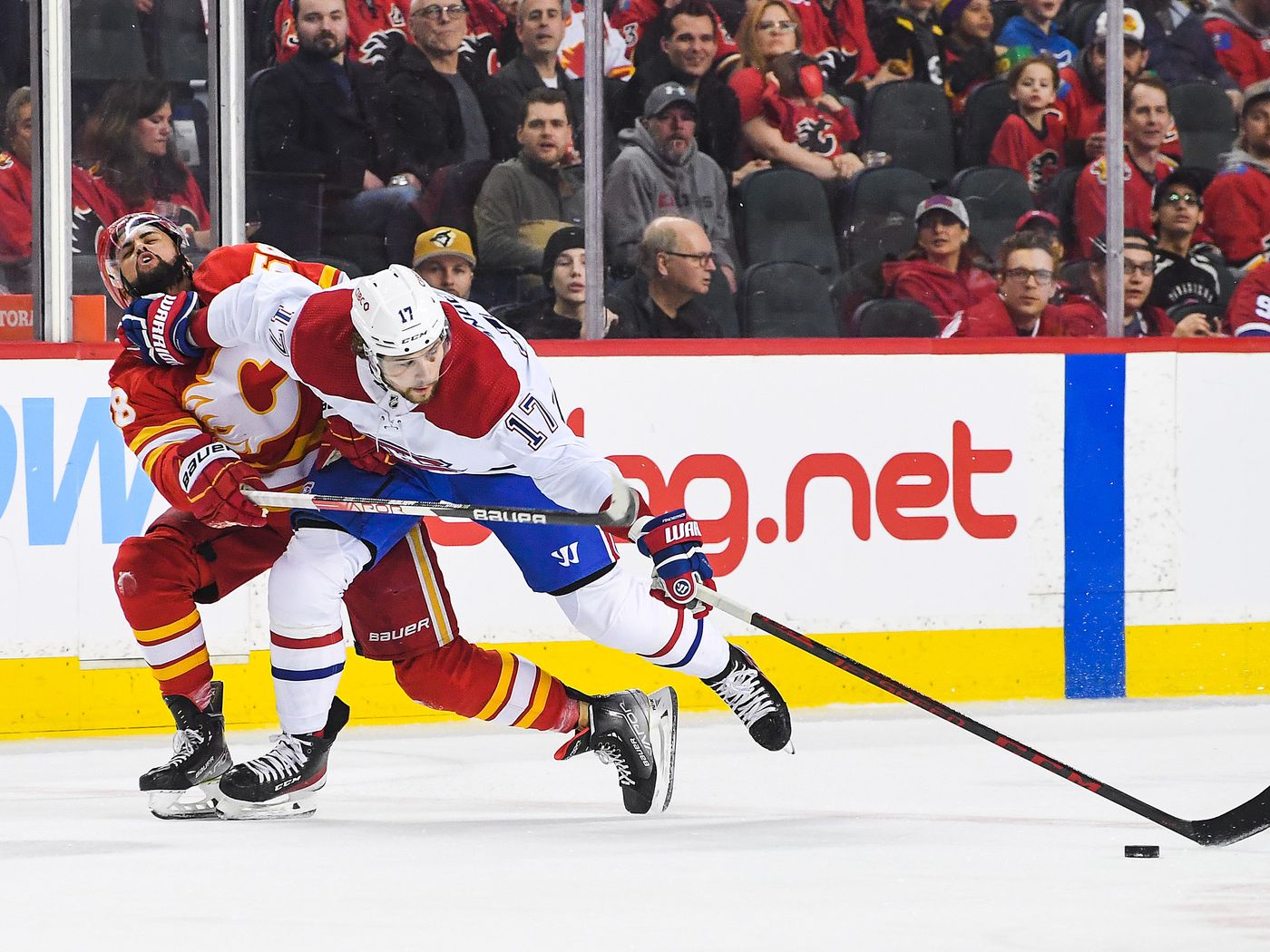 On Thursday night the first place Flames welcomed the last place Canadiens to the Scotiabank Saddledome.  Coming off a wild 8-4 loss against the Jets, Montreal came back to defeat Calgary 5-4 in overtime.

Not only are the Canadiens last in the Atlantic Division, they’re at the bottom of the Eastern Conference, but on Thursday, they skated with the best. Mike Hoffman had three assists and a goal for the away team.  Atop of the Pacific Division, the Flames will rue their chances to close out the contest, but will chalk it up as one of those nights the puck didn’t drop their way.

Andrew Mangiapane contributed a goal and two assists for the Flames, but Ben Chiarot’s OT goal gave Montreal the surprise victory.  The Canadiens will hope their play will continue to Saturday as they head to Edmonton.