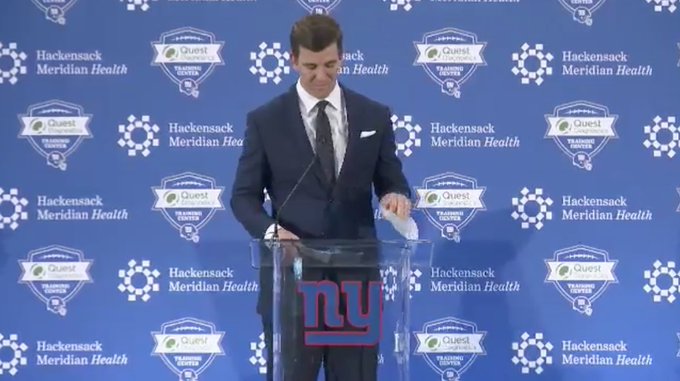 Eli Manning announced his retirement on Friday, ending a 16-year career spent entirely with the New York Giants. Manning never missed a game due to injury and was a four-time Pro Bowl Quarterback, setting the franchise record of yards with 57,023 and touchdowns at 366. The 2016 recipient of the Walter Payton, NFL Man of the Year, Eli Manning, will best be remembered for his two Super Bowl winning drives against the New England Patriots, earning a pair of MVP awards in the big game.