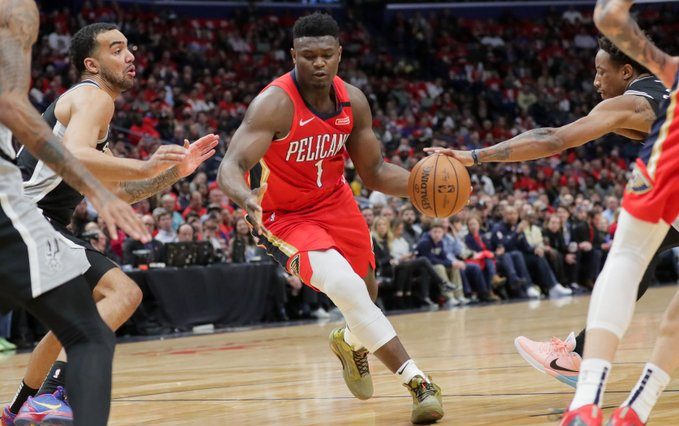 After missing 44 games, Zion Williamson, the first overall pick the NBA Draft finally made his NBA Debut on Wednesday Night as the New Orleans Pelicans hosted the San Antonio Spurs at the Smoothie King Center. Williamson had his early struggles but had a strong fourth quarter and ended the game with 22 points, scoring 17 points in the fourth quarter, highlighted by a perfect four-for-four from the three-point line. Zion Williamson also added seven points and three assists. It was not enough for a win as the Spurs beat the Pelicans 121-117. With the loss, New Orleans sits at 17-28 on the season, but if Zion Williamson can add more performances like his fourth quarter, the Pelicans may be a team to watch in the second half.