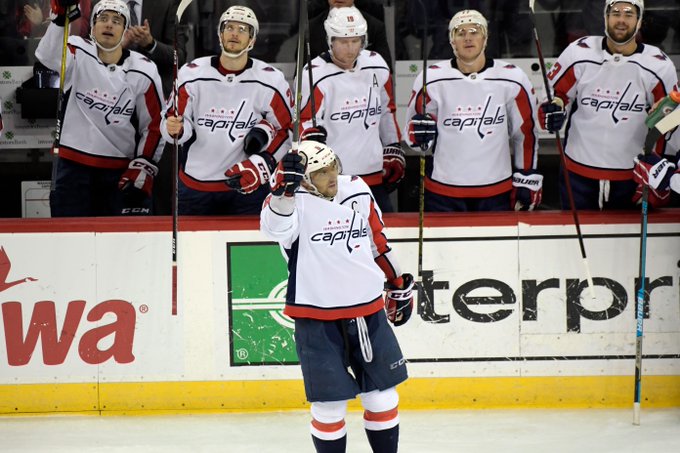 Washington Capitals Captain Alex Ovechkin joined exclusive company on Saturday when he netted his 700th career goal, joining Wayne Gretzky, Gordie Howe, Jaromir Jagr, Brett Hull, Marcel Dionne, Phil Esposito, and Mike Gartner. Ovechkin, at the age of 34, is the second-youngest player in NHL history to reach 700 goals and the second to score 700 goals with one team. The goal came on assists by Evgeny Kuznetsov and Nick Jensen with his teammates coming off the bench to congratulate him. Meanwhile, the fans at the Prudential Center in Newark gave him a standing ovation. The New Jersey Devils would spoil Ovechkin’s day as they won the game 3-2 on a goal by Damon Severson with two minutes left.