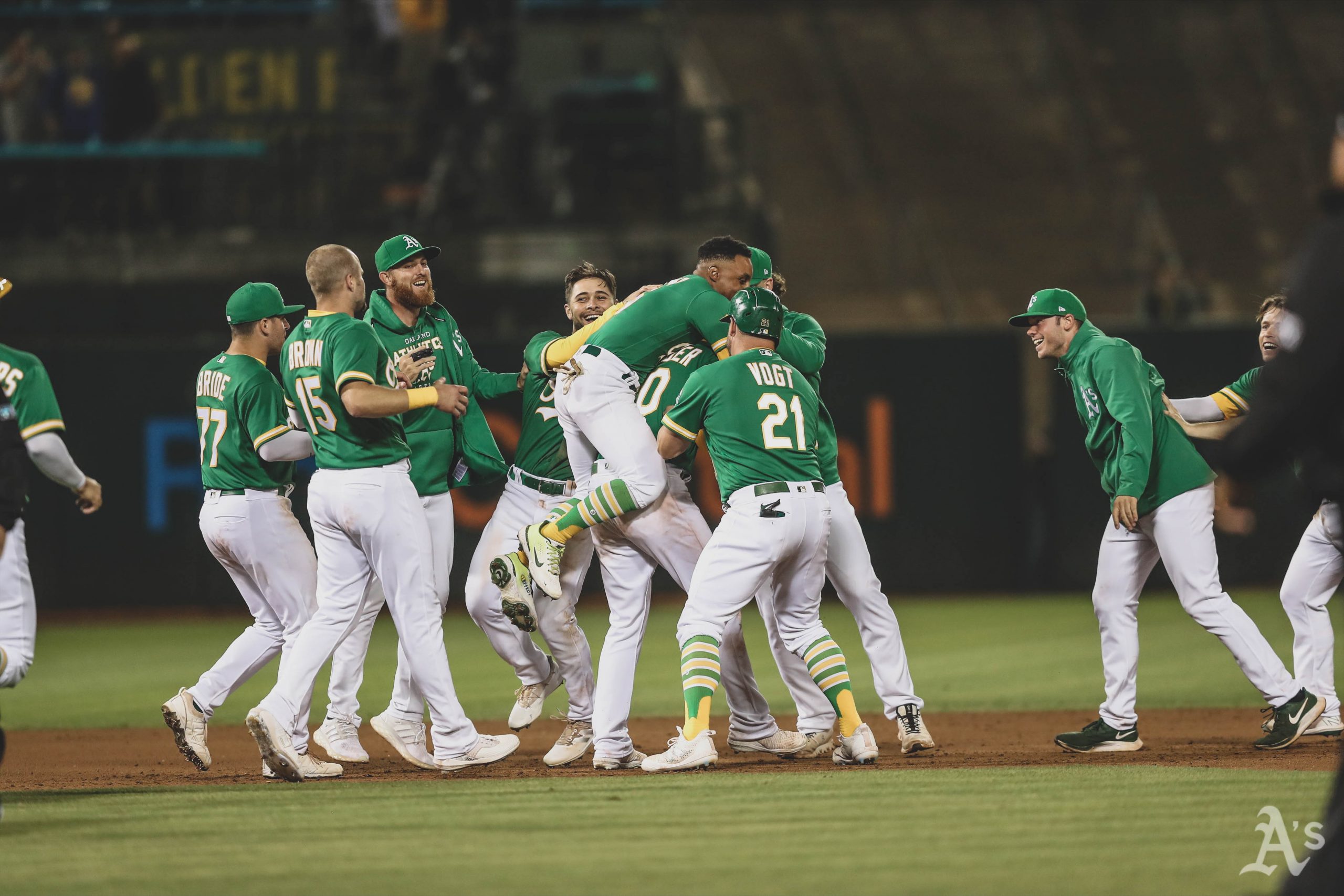 On Saturday in Oakland, the New York Yankees’ five game win streak was busted by the Oakland A’s. Behind Adam Oller’s 8 innings of 1 hit baseball for the A’s, and Domingo German’s 7.2 innings of allowing only 3 hits, the game went to extra innings.

Both teams scored 2-runs in the 10th frame, primarily down to costly errors on both sides of the diamond. However, the biggest mistake came from New York’s D.J. LeMahieu, who was stationed at 2nd base in the game, came up wild with a misplaced throwing error.

The errant throw scored Shea Langeliers for Oakland and ended the game. The win broke a 2-game losing streak for the last place and A’s, and gave the Oakland faithful something to finally cheer about. As for the Yankees, the Rays and Blue Jays lost, so their AL East lead remains intact.

The series will continue on Sunday, as Clark Schmidt will start for New York, and Adrian Martinez will take the ball for Oakland.