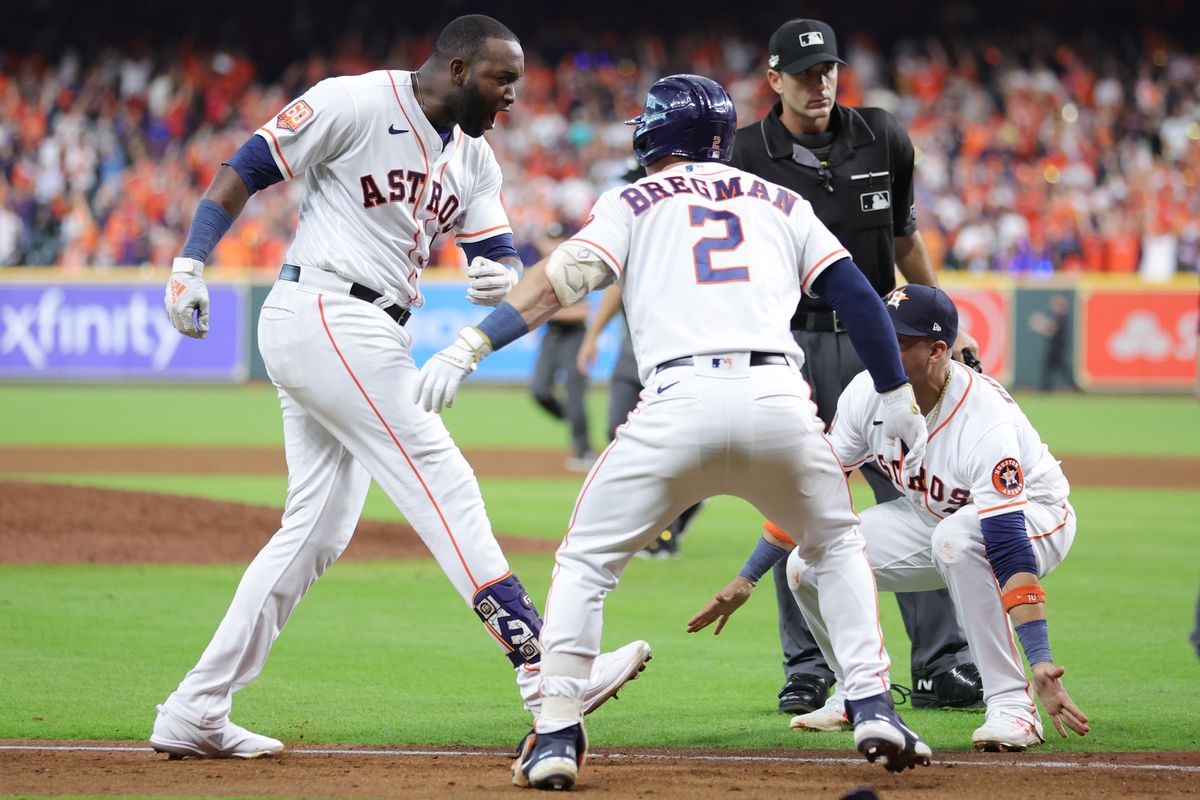 Baseball’s Divisional Round Series commenced on Tuesday afternoon, with the second game of the day taking place at Minute Maid Park. Last year’s AL pennant winners, the Astros look to go on another long postseason run, but were stifled early but the upstart Mariners.

In a game that saw Seattle take a 4-0 lead, and a 7-5 lead going into the 9th inning, ended in heart breaking fashion for the away team as Yordan Alvarez connected on a 3-run walk-off home run to steal Game 1 of the series in Houston’s favor.

The long ball came off Seattle’s starter, and former Cy Young winner, Robbie Ray. Almost remarkably before Alvarez’s game winner, Houston was an astounding 0-48 in the playoffs when entering the 8th inning down by at least 1 run.

Game 2 will take place in Houston again, but with a day off in-between. The Mariners will turn to their deadline acquisition Luis Castillo, who’s looked the part thus far. While the Astros will give the ball to Framber Valdez, who has been very steady for Houston.