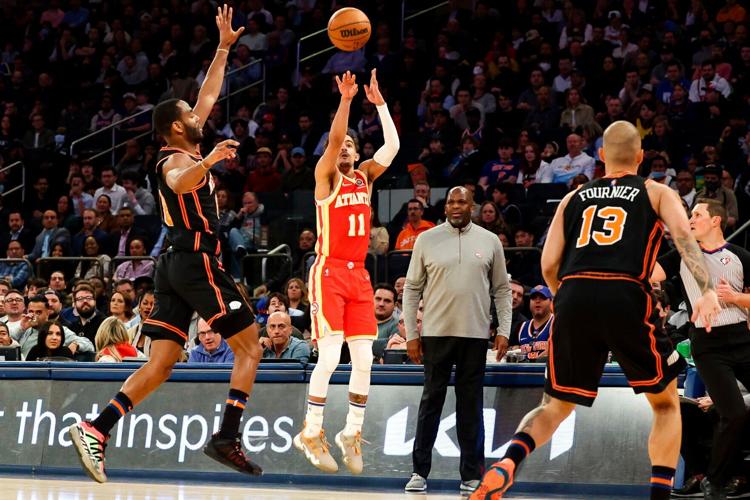 On Tuesday Night, New York basketball’s new villain returned to the The Garden, and pushed his team back to the .500 mark.  Trae Young had 45 points as the Hawks beat the Knicks 117-111.  In a season that Atlanta has underachieved in, they will now believe they’re primed for a playoff run.

New York played the game without Julius Randle, holding a precarious lead in moments through the night.  However, between Young’s 45 points, and Bogdan Bogdanovic’s 32 points, the Hawks pulled away late in the game.

Atlanta’s coach Nate McMillan will now hope his team will capitalize on their good play, and light schedule, as they head to Detroit on a back to back to challenge the Piston’s Wednesday night.