Back with a Purpose 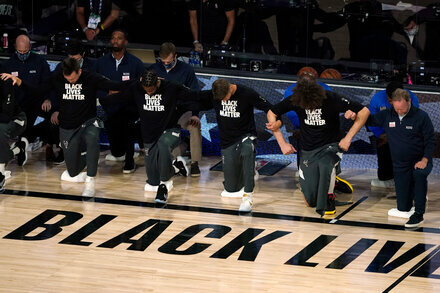 After threatening to walk away from the NBA bubble, the players returned to the court on Saturday, allowing the NBA Playoffs to resume. The league promised more contributions to causes of social justice as the players realized continuing the games, gives them a platform. The Milwaukee Bucks, who led the boycott ended their first-round series with the Orlando Magic, winning Game 5 by a score of 118-104. The Los Angeles Lakers also advanced in five games, beating the Portland Trail Blazers 131-122 in Game 5. Elsewhere the Houston Rockets took a 3-2 series lead by crushing the Oklahoma City Thunder 114-80.