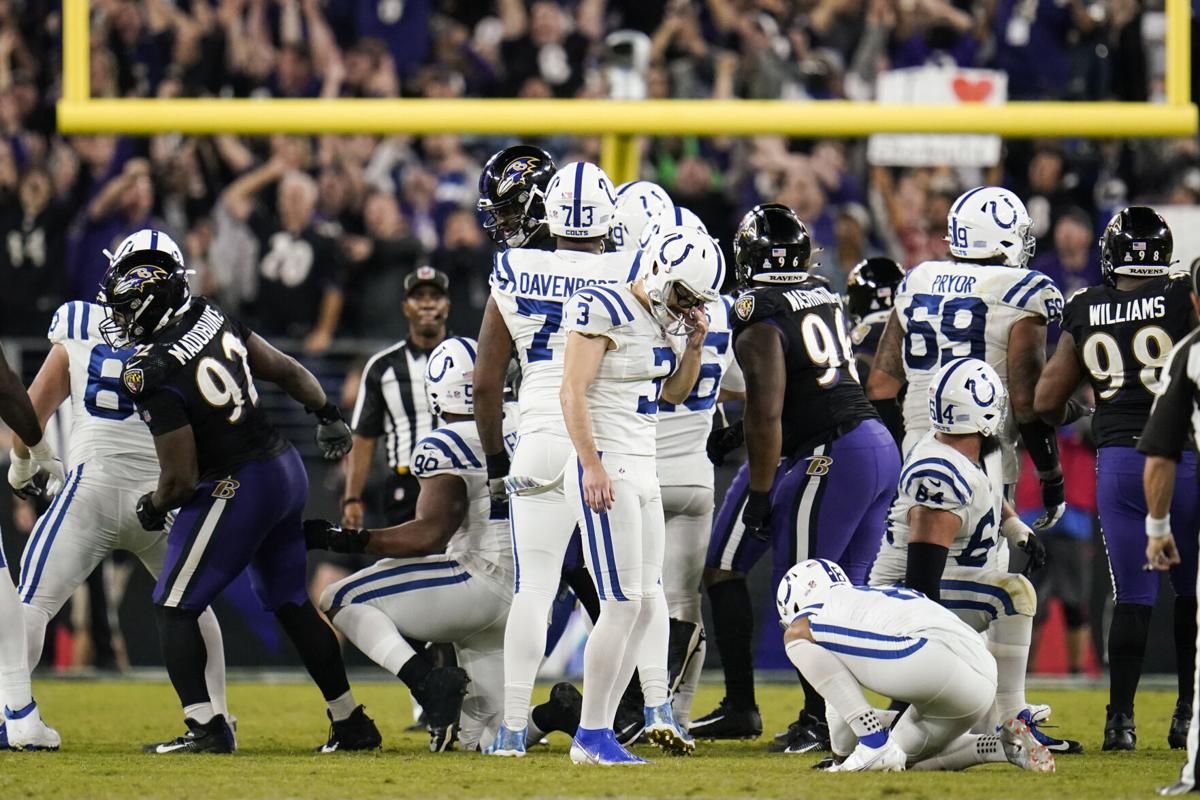 It was a night to forget in Baltimore for Colts kicker Rodrigo Blankenship as he dealt with a hip injury that contributed to multiple second half miscues.  Indianapolis’ only rostered kicker missed an extra point, had an attempt blocked, and hooked the potential game winner with no time left in regulation.  It’d be the last time the Colts had possession of the ball as Lamar Jackson and the Ravens took advantage of the points left on the field scoring a sudden-death touchdown on their first drive in overtime.