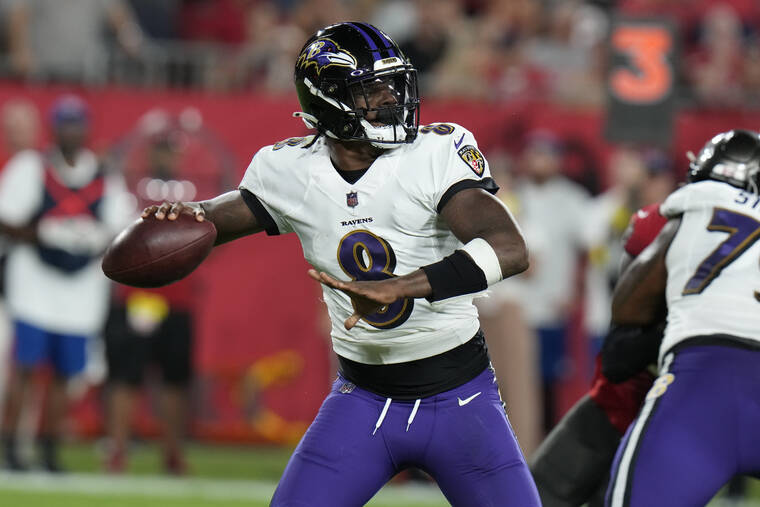 On Thursday night, at Raymond James Stadium, two up and down teams squared off in an attempt to achieve some consistency and positive direction. Behind former MVP, Lamar Jackson, the Ravens beat the Bucs, 27-22, continuing Tampa’s downward trajectory.

Baltimore has now won two games in a row for the first time this season. As for the Bucs, they’ve now lost 5 of their last 6 games, and are 3-5 overall. However, the NFC South still remains attainable considering their other three opponents. Tom Brady was 26/44 with 325 yards, and one passing touchdown. The 7-time Super Bowl champ was sacked 3 times, and his special teams fumbled a punt as well.

In what could spell the turning point for both teams this season. The Ravens have now seemingly taken control over the AFC North as the Bengals are dealing with serious injury, and the Steelers are in the midst of a rebuild. As for the Bucs, they must put together a stretch of wins if they want an opportunity at the postseason.