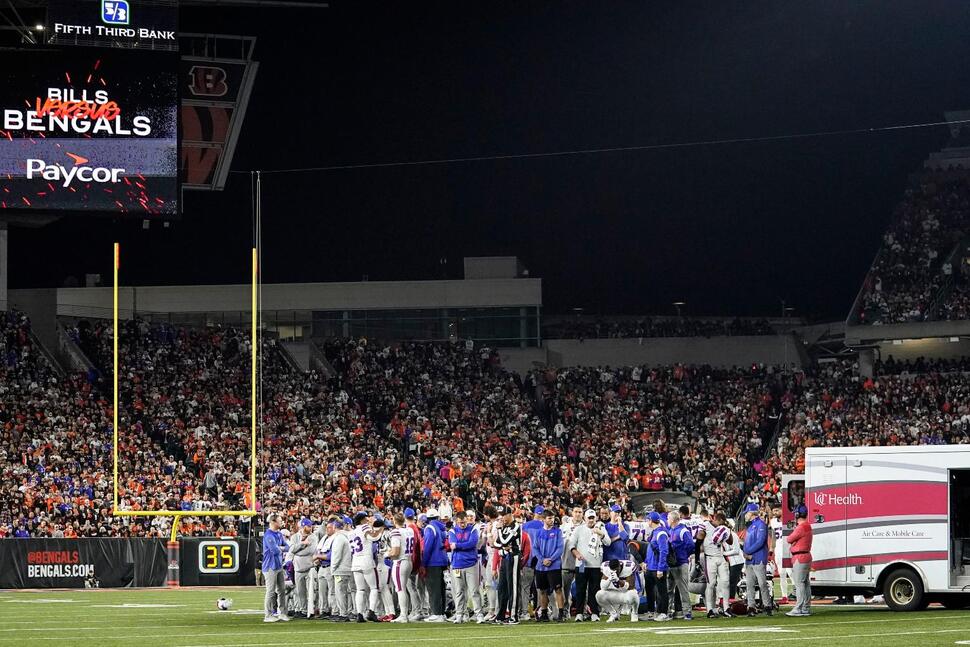 Monday Night Football brought about a matchup of two teams jockeying for the top seed within the AFC. The Bills, having already clinched their third straight AFC Title, control their own destiny in retaining the top spot. While the Bengals could’ve clinched the AFC North division with a win as well.

However, Buffalo safety, Damar Hamlin suffered a scary on-field cardiac incident in the first quarter of the game. Players on both sides of the ball were visibly upset by Hamlin’s condition as medical first responders took to the 2nd year player out of Pitt.

The NFL seemed to want the game to continue, providing an update that each team would have 5 minutes to re-warm up and take the field. Cooler heads prevailed in the form of Cincinnati and Buffalo’s head coaches, Zak Taylor and Sean McDermott. Taking the temperature of the players, both parties took better control of the situation, ultimately leading to the game being postponed to another date.

Damar Hamlin’s health being top priority, as it should be, all anyone can do at this point is await news with positive thoughts toward Hamlin and his family.