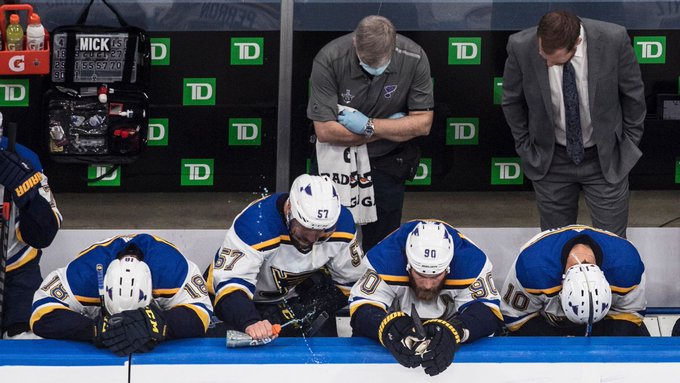 There will be no repeat in the NHL as the defending Stanley Cup Champion St. Louis Blues have been eliminated. The Blues were having a strong season following their unexpected turnaround last year and had the best record in the Western Conference before the COVID pandemic put a halt to the season. When the season resumed in Edmonton, the Blues were unable to get things restarted as they dropped from the top seed to the fourth seed in the round-robin. The Blues dropped the first two games to the Vancouver Canucks, but won the next two. In Game 5, the Canucks regained the advantage as a potential game-tying goal crossed the like one second after the game ended. In Game 6, on Friday, the Blues missing five players were never in the game, losing 6-2.