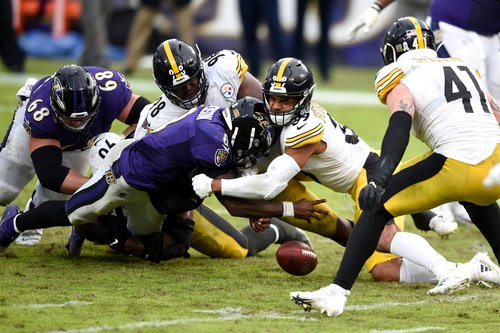 As the 2020 NFL season hits its midway point, the Pittsburgh Steelers remain the last of the unbeaten teams at 7-0. On Sunday, they face their biggest test beating the Baltimore Ravens 28-24. The Steelers offense struggled to move the ball in the first half. However, Robert Spillane kept Pittsburgh in the game with a pick-six. Trailing 17-7, the Steelers turned the game around in the third quarter as Alex Highsmith picked off Lamar Jackson. The reigning NFL MVP turned the ball over four times; two of those turnovers led directly to touchdowns, making the difference in the game. The two teams will meet again on Thanksgiving night in Pittsburgh.