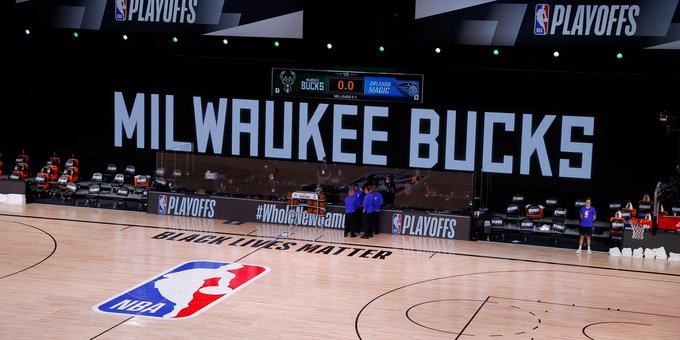 The NBA Playoffs came to a halt on Wednesday as the Milwaukee Bucks refused to play in protest of the shooting of Jacob Blake by the Kenosha Police. Soon the other five teams slated to play joined in, and the league postponed all game. Players from all teams in the bubble met, and the Los Angeles Lakers and Los Angeles Clippers both voted to shut down the season, led by LeBron James. The NBA executive board will meet Thursday to decide the next course of action. Meanwhile, games were postponed in MLB as athletes across the sports world are considering shutting down in the name of social justice.