Bruins on the Lake 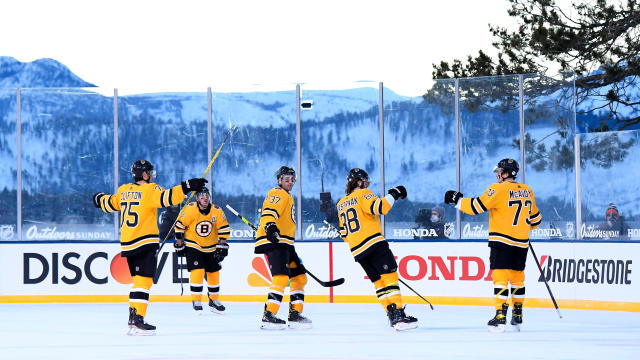 The second game of the NHL Outdoor Series in Lake Tahoe belonged to the Boston Bruins. The Bruins crushed the Philadelphia Flyers 7-3 as the sunset behind  Sierra Nevada mountains. David Pastrnak scored first, only to see the Flyers score the next two goals and take a brief 2-1 lead. Boston tied the game late in the third period and took command, with four goals in the second period, with Pastrnak scoring early to give the Bruins a 3-2 lead. Late in the third period, Pastrnak topped the scoring as Boston improved to 11-3-2 on the season.