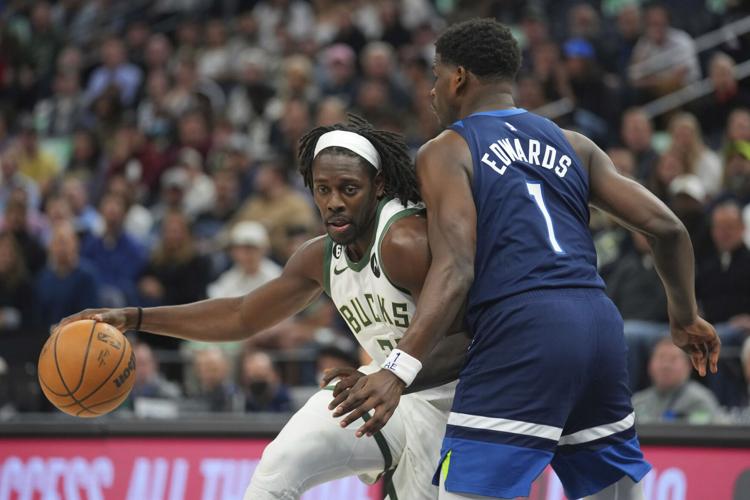 On Friday night the Milwaukee Bucks remained the only undefeated team in the league, as they road their former MVP, Giannis Antetokounmpo, who posted a triple double. to an way victory in Minnesota.

The Bucks, who look like the complete package thus far in the early season, have already shown their ability to play as a cohesive unit. The new look T-Wolves are now 4-5 overall, as they continue to attempt to gel after acquiring Rudy Gobert.

Anthony Edwards has 24 points for the Western Conference club, that’s in the bottom of the Pacific Division. As for Milwaukee, their well-balanced starting five, and bench support has them as sure fire front runners for the 1 seed in the Eastern Conference.