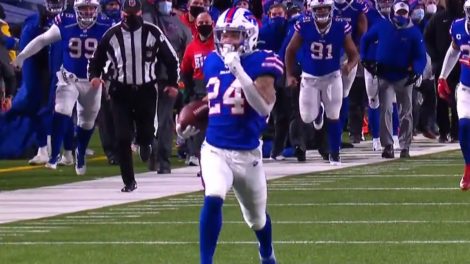 The Buffalo Bills are on their way to the AFC Championship Game for the first time since 1993. The Bills back then were making their trip to a fourth straight Super Bowl, all of which they lost. The last 25 years have seen a greater drought in Buffalo as they rarely have made the playoffs. Last week the Bills won their first playoff game in 25 years, now they are awaiting the winner of Sunday’s game between the Cleveland Browns and Kansas City Chiefs to see who they will play next week. The game was a defensive struggle as it was tied 3-3 at the half. The Bills went on a long drive and scored to start the second half. When the Ravens tried to answer, Taron Johnson picked of Lamar Jackson and returned it 101 yards to break the game open as the Bills won 17-3.