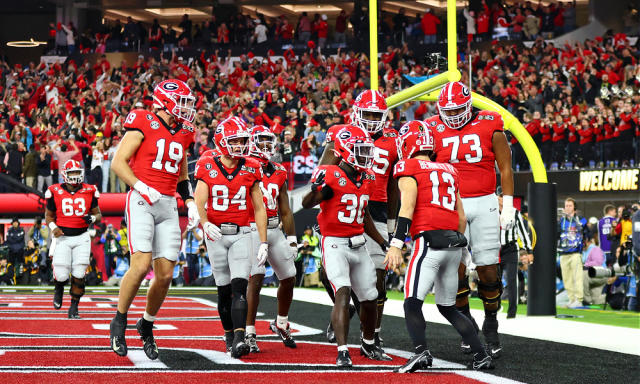 Monday night brought about the college football National Championship game, featuring two teams with different backgrounds. TCU came into the game as a heavy underdog. Winning only 5 games last season, no one expected the Horned Frogs to make it all the way to the title game. Georgia on the other-hand, boasted a perfect record, as they looked to repeat as champions. Behind Senior QB, Stetson Bennett, who accounted for 6 touchdowns, the Bulldogs rolled in the game, by a score of 65-7.

The Dawgs became the second team to repeat since Nick Saban’s 2010-2011 Alabama team accomplished the feat. TCU’s star quarterback, Max Duggan wasn’t able to get going for virtually the entirety of the game as he was sacked 5 times. Georgia has proved that they don’t rebuild, they just reload, as they’ll look to “hunt” again next year, as their head coach Kirby Smart said prior to the game.

Regardless of whether or not they do three-peat, the Bulldogs have already established themselves as one of college football’s all-time teams.