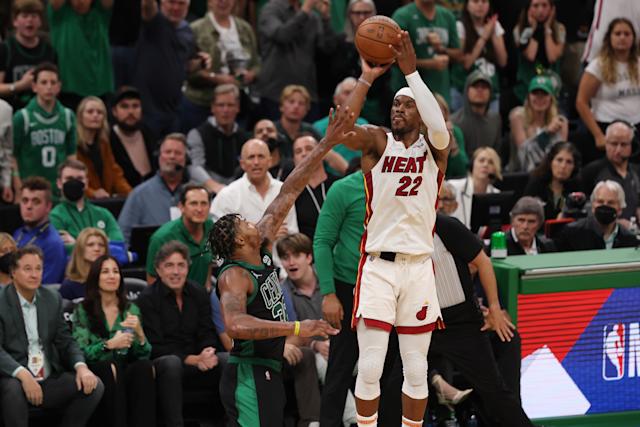 Jimmy Butler and the Miami Heat have been hobbled by injuries throughout their Eastern Conference Finals series with the Celtics. On Friday night though, their star playmaker refused to have his season end as Butler poured in 47 points in what was a sensational performance inside the TD Garden.

The Heat were locked in virtually the entire game as they shot 24-25 from the free throw line as a team.  Guard, Kyle Lowry also played his best game of the series as he contributed 18 points and 10 assists.

The Celtics had opportunities to grab the game multiple times, but they just couldn’t wrestle it away from the clutches of Jimmy Butler.

Jayson Tatum had 30 points for Boston, collectively though, the Celtics shot 33.3% from behind the arc, which proved to be a key difference in the outcome.

As for Miami, they welcome Boston back to FTX Arena on Sunday.  It will be Game 7, for a trip to the NBA Finals.