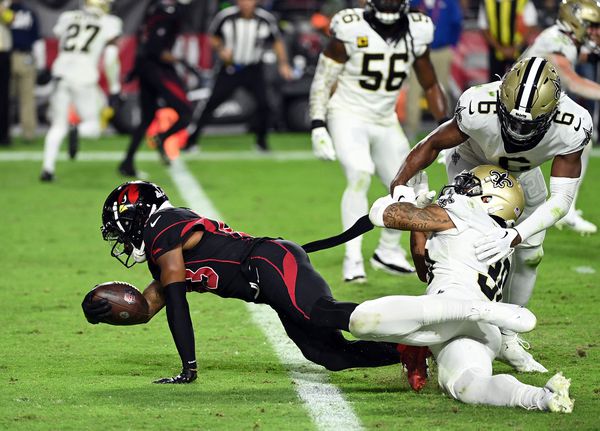 This year’s Thursday Night Football games have been fairly drab thus far during the 2022-2023 season. This Thursday featured a game between two under achieving 2-4 NFC teams looking to spark their season. The Cardinals, behind highly paid quarterback, Kyler Murray came into the game looking to break an 8-game home losing streak.

Behind two pick-6 touchdowns from the Arizona defense, they hung on to beat New Orleans by a score of 42-34. Back-up quarterback, Andy Dalton paired four touchdown passes with 3 interceptions, which proved too much to overcome in the end. The aforementioned Murray was seen getting into a somewhat heated verbal altercation with his head coach Kliff Kingsbury, which may have been the jolt the team needed as they’re now 3-4, and in the mix for, at the very least a wild card birth.

DeAndre Hopkins also returned to the lineup and immediately made an impact, catching 10 balls for 103 yards. The Cardinals will now try and make it two in a row in Week 8. They’ll face a challenge in the 1st place Vikings, a game that will take place in Minnesota.