Carolina Cleans Up In Game 1 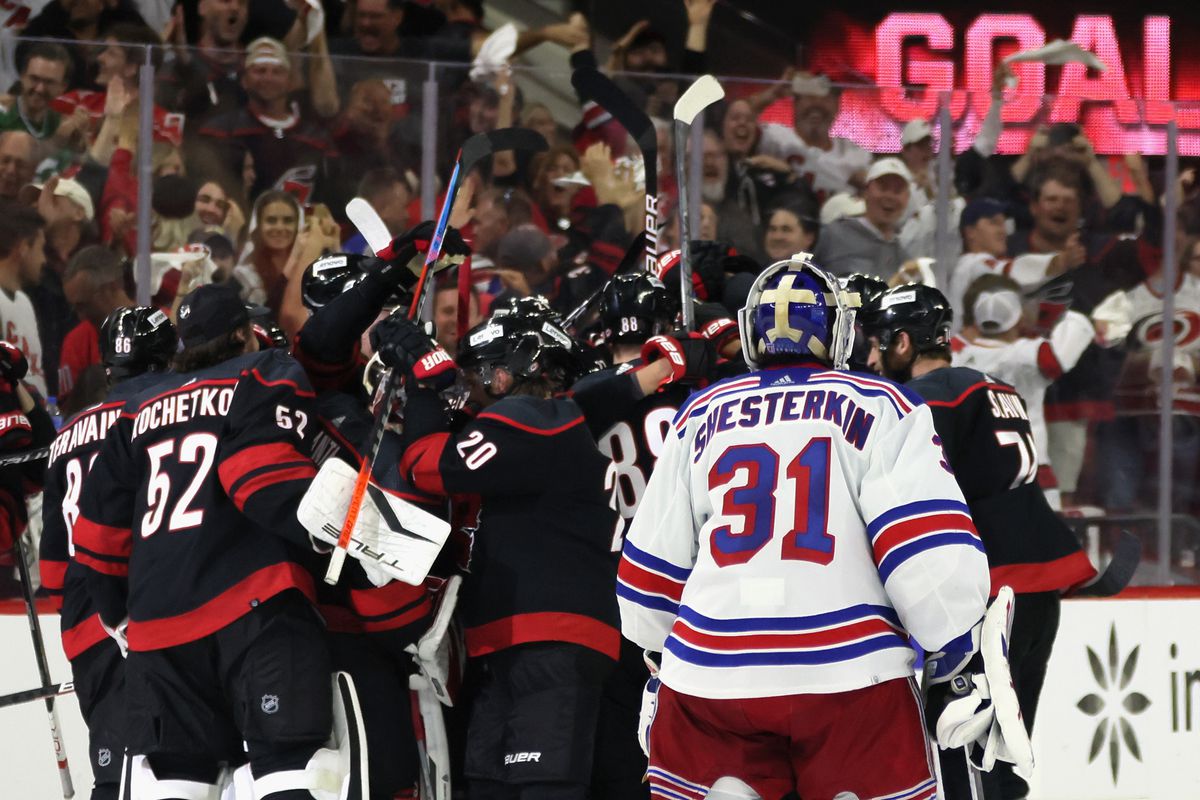 On Wednesday night the Carolina Hurricanes played host to the New York Rangers in the second round of the NHL playoffs.  In a low scoring affair, the Rangers took an early lead behind a goal from Filip Chytil, which they held on to until the Sebastian Aho put away the equalizer 17 minutes into the third period.

Aho’s late goal pushed the game to overtime, and Carolina promptly dispatched of New York three minutes into the extra period to take the first game 2-1.  The Hurricanes are looking to get back to the Eastern Conference Finals for the first time since 2019, and are favorited in the series.  Taking care of Game 1 on home ice was expected, but the Rangers will hope the low scoring game means their defensive issues have been corrected for the remainder of the series.