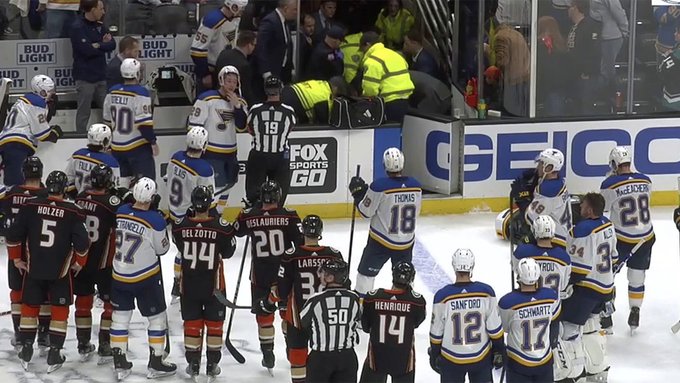 The St. Louis Blues game against the Anaheim Ducks was halted in the first period on Tuesday after Blues defenseman Jay Bouwmeester collapsed on the bench. Bouwmeester was said to be alert and responsive after being attended to by paramedics on the bench at the Honda Center. After the 18-year veteran was taken to the hospital with what is being called a cardiac episode, the game was postponed, as the Blues were too shaken up to continue. The game will be made up later in the season, while the Blues hope to know more about Jay Bouwmeester’s condition before going on to play the Vegas Golden Knights.