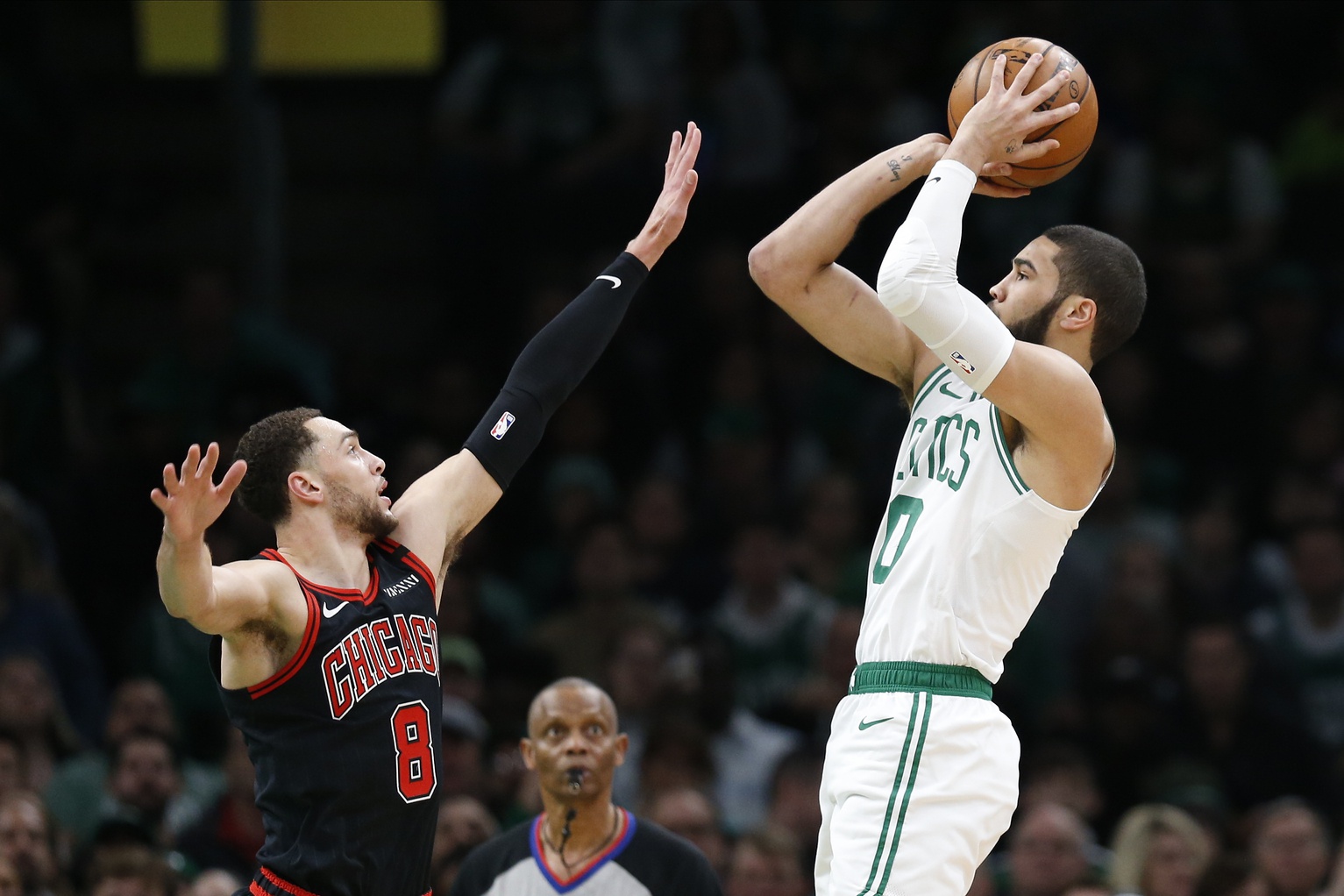 On Wednesday night the Boston Celtics took the floor at the United Center looking for their 50th win of the season.  The Chicago Bulls have been decimated by injury, their early start has put them in a position to clinch a playoff spot, but they’ve now dropped two straight.

The Celtics beat the Bulls 117-94 to hit the 50 mark in the win column on the year.  The victory gives Boston an opportunity to clinch the 2 seed in the East as well if they can beat the Bucks on Thursday night.  Jaylen Brown had 25 points on the night to lead the well-balanced Boston attack.

Chicago has struggled, and in large portions of the season have looked like a one man DeMar DeRozan show due to their injuries.  They will look to get back on track on Friday when the Hornets come to town.