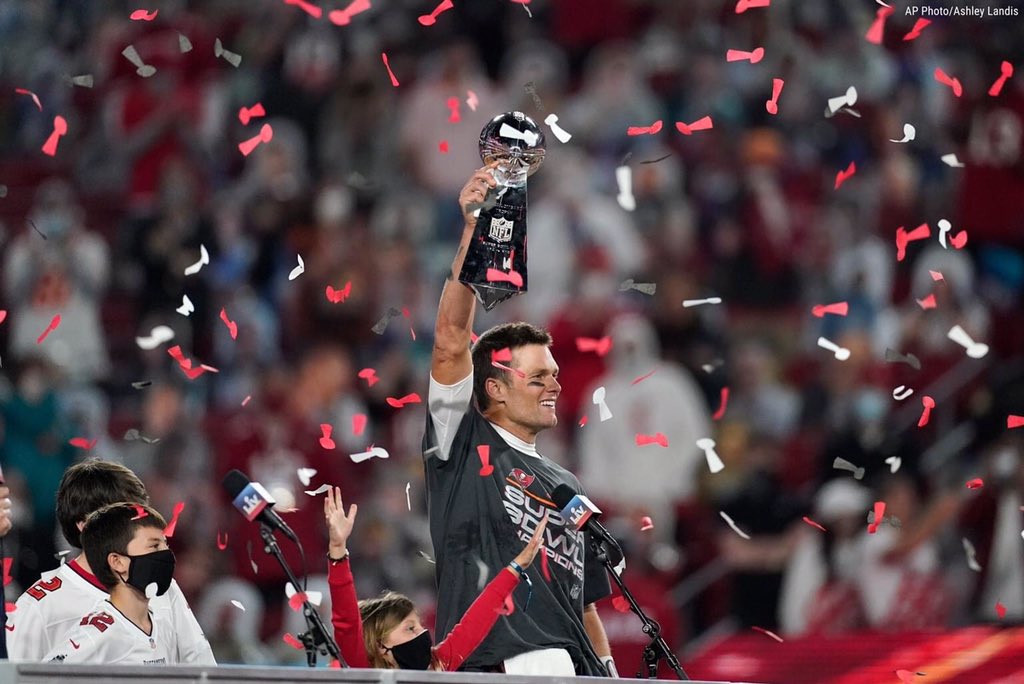 It has been a magical few months for Tampa Bay, as they have seen the Lightning win the Stanley Cup in September, the Rays play in the World Series in October, and now the Tampa Bay Buccaneers have won Super Bowl LV. While the Lightning and Rays played on neutral locations, the Buccaneers made history, becoming the first team to host a Super Bowl. The Buccaneers dominated the reigning champion Kansas City Chiefs, winning 31-9. Tom Brady made history and cemented his legacy with his fifth Super Bowl MVP and his seventh Super Bowl ring. Brady passed for 201 yards with three touchdowns, two of which were caught by Rob Gronkowski, his teammate in New England. Patrick Mahomes, meanwhile playing with a bad foot, was under assault all game as Kansas City clearly missed tackle Eric Fisher.