Charged Up At Arrowhead 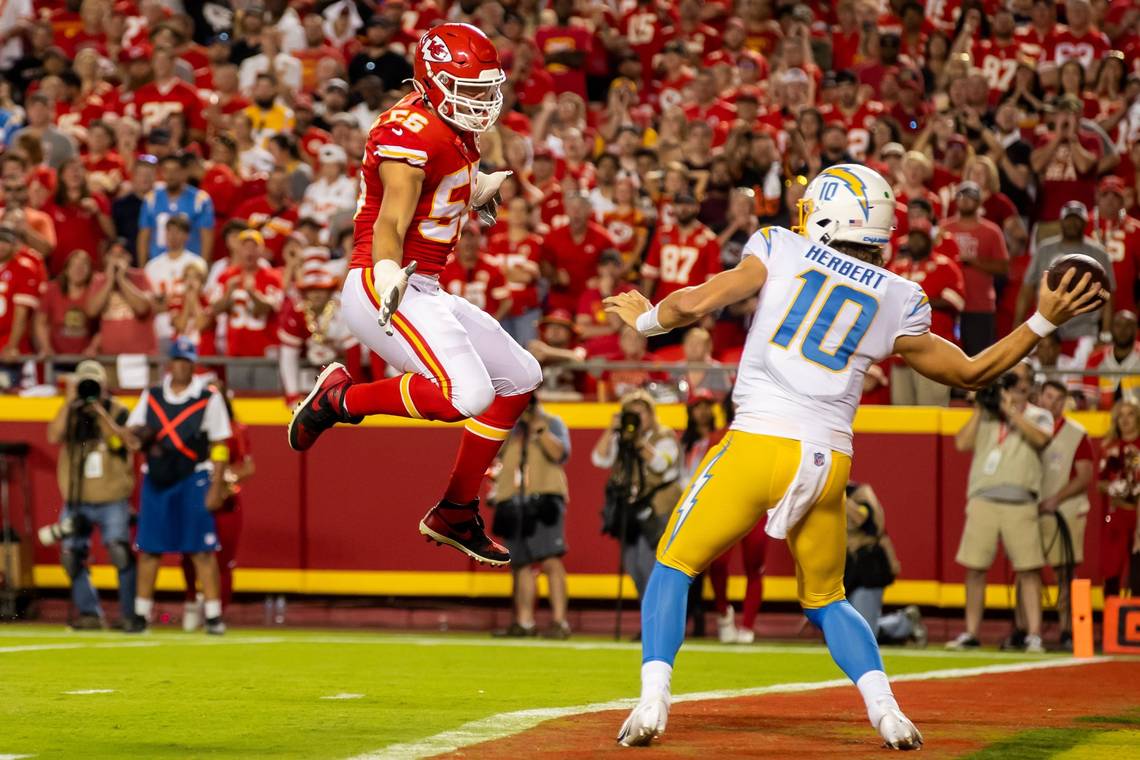 Thursday Night Football saw an AFC West rival continue at Arrowhead Stadium, as the young and talented Los Angeles Chargers traveled to Kansas City, to take on the perennial favorites in the Chiefs.

In what was a back and forth, and fairly low scoring contest between to high powered offenses, the Chiefs squeaked out the win behind an unlikely defensive player. Jaylen Watson, a former 7th round pick took a Justin Herbert pass 99 yards in the other direction, for the go-ahead score, which ultimately proved to be the determining factor in the game.

Throwing for 3 touchdowns, and looking every bit the part, Herbert was banged up in the game grabbing his ribs multiple times, and having to come out of the game for a brief period of time as well. LA’s postseason hopes fall on the QB from Oregon, they’ll be made aware of the severity of the injury in the near future, and hope it’s not serious as they head into a a long week before their next game against the Jaguars.