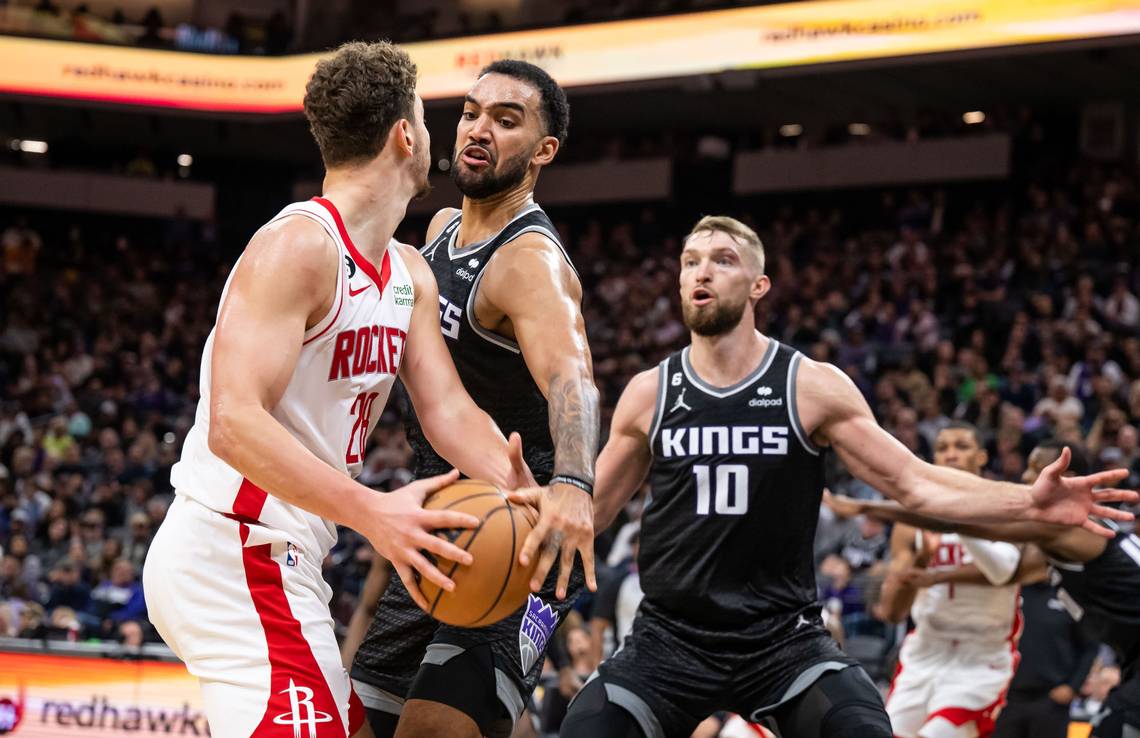 The Houston Rockets never ending rebuild has come under criticism as of late. A once respected franchise has lost their way, and has fans as well as onlookers alike wondering what their long-term plan is, other than tanking once again.

As Houston proceeded to lose their 9th straight game to the Kings on Friday night, as least they showed a bit of fire, as forward Garrison Matthews got into a skirmish with Kings guard, Malik Monk. Four plays were ejected in the kerfuffle, as Matthews took exception to Monk knocking the ball out of his hands.

It was a highlight in a lowlight of a game for Houston. As Sacramento won their third straight behind a triple double from Domantas Sabonis. Sabonis, who is likely an All-Star this year has carried the well-balanced Kings to 1st place within the Pacific Division.

Sacramento is now 23-18, their best record at this point into a season since 2006. Houston will now travel to LA to take on the Clippers, Sunday. While winning doesn’t seem to be a priority for the organization, one would think the players would attempt to galvanize themselves to break their 9-game skid.