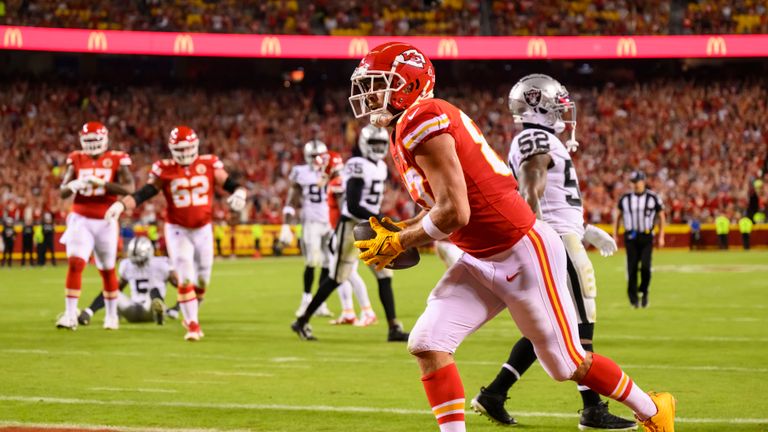 On Monday Night Football, an AFC West rivalry was renewed amongst referee drama, and a comeback that only the Chiefs could muster.

Getting out to an early 17-0 lead, the Raiders, who beat the Broncos last week looked like they began to start clicking between Derek Carr and some of their high powered offensive weapons. However, a roughing the passer call against Kansas City Pro Bowler, Chris Jones flipped the script, and pushed the Arrowhead crowd into a frenzy.

The Chiefs scored 14 unanswered points in the third quarter behind 4 touchdown passes by their MVP caliber quarterback, Patrick Mahomes. All four of which were caught by their All-Pro Tight End, Travis Kelce.

Las Vegas had an opportunity to tie the game late, but opted for a two-point conversation which was unsuccessful, and ultimately now fall to 1-4, last place within the division. As for the Chiefs, they remain the class of the AFC, and have prove time and time again they are capable of running up the score early, or coming from behind to escape the jaws of defeat.