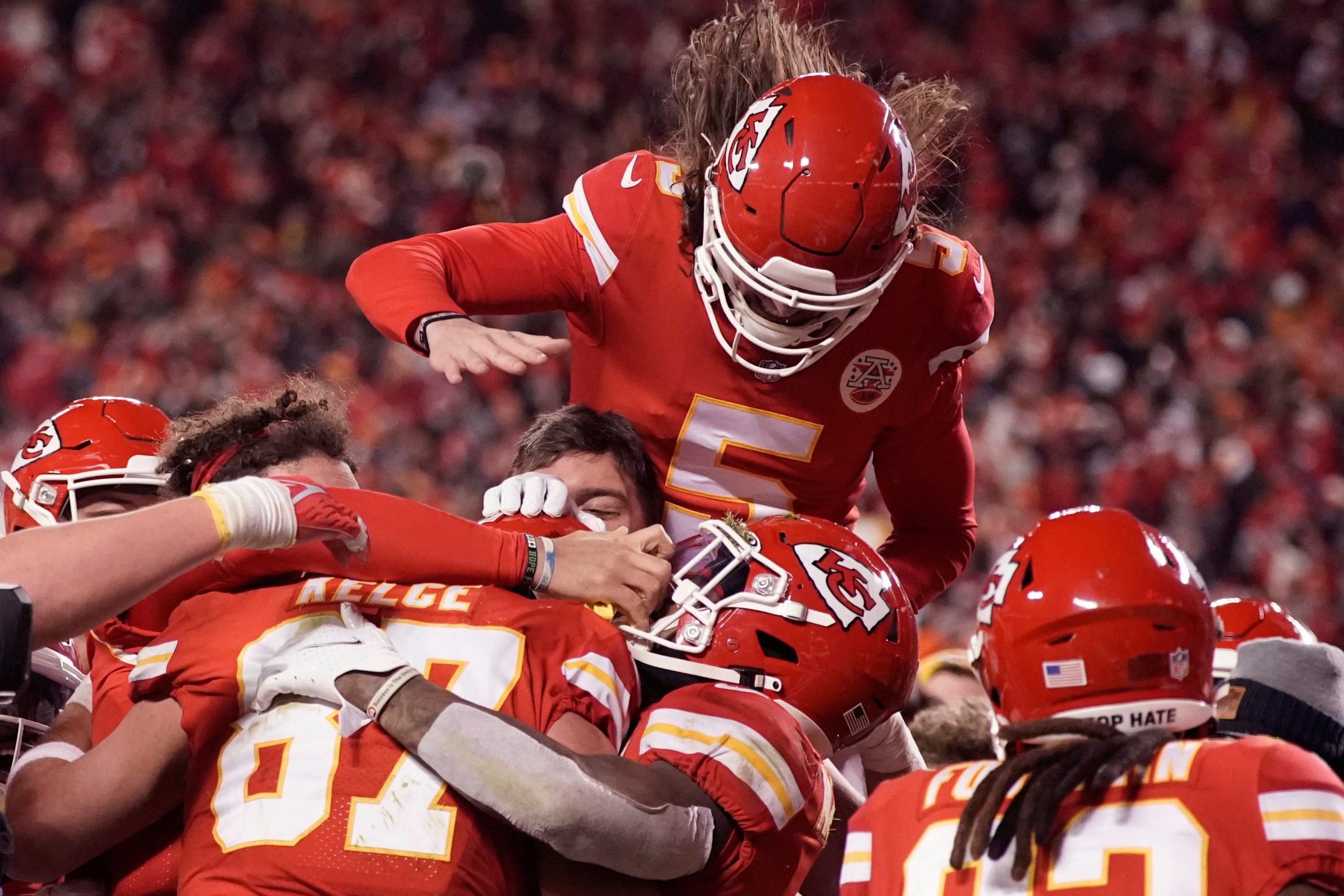 The fourth and final game of arguably the best Divisional playoff weekend ever culminated in an AFC Championship rematch from last year.  The Buffalo Bills traveled back to Arrowhead to attempt to tackle the Kansas City Chiefs.

In the first three games of the weekend each road team had won, leaving the Bills to do what seemed impossible, for all four away sides to post a clean sweep.  Josh Allen and the boys from Western New York looked up to the task as they scored a touchdown on their opening drive converting two 4th downs.

Touchdowns would be one of the themes in this game as neither defense could corral the opposing offense.  K.C.’s QB, Patrick Mahomes ultimately owned the night passing for three TDs and rushing for one as well.

The game was tight as expected, and with 13 seconds left the Bills took the lead when Gabriel Davis scored his 4th touchdown.  Buffalo elected to kick the full-length of the field, and not squib kick, providing Mahomes with just enough time to give kicker Harrison Butker a chance from 49 yards as time expired, and he split the uprights.

Headed to Overtime Josh Allen called tails, and never got a chance, as the coin showed heads, and Mahomes and company went down the field scoring a walk-off touchdown. Travis Kelce’s TD ended the night, and Buffalo’s season for the 2nd straight year.  K.C. will now host Cincinnati in the AFC Championship game.