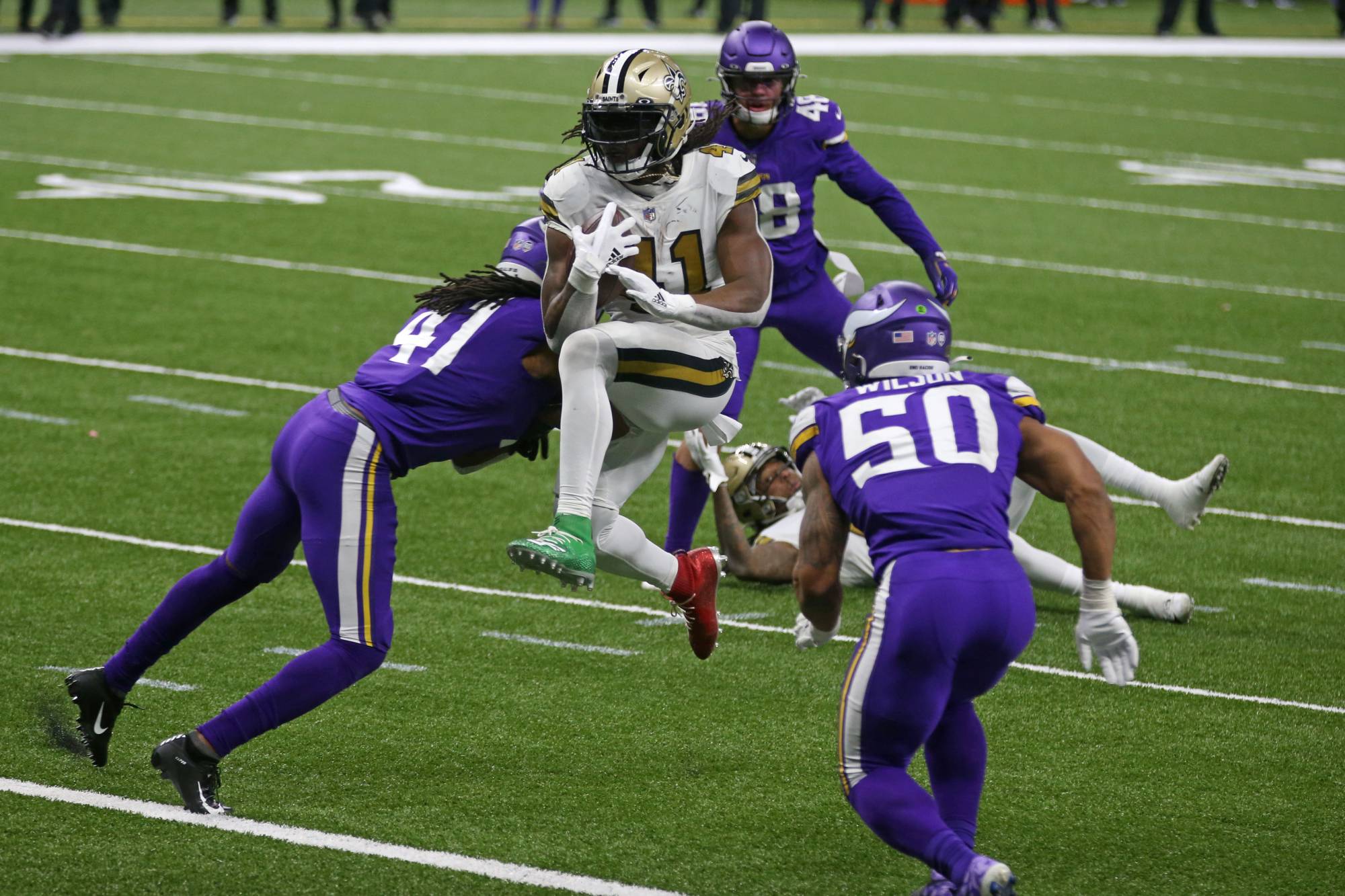 Alvin Kamara of the New Orleans Saints went dashing into history on Christmas at the Superdome, scoring six touchdowns to equal an NFL record. The Saints beat the Minnesota Vikings 52-33 thanks to Kamara’s record day and clinched the NFC South. Alvin Kamara ran for 155 yards as he became the first player since Gale Sayers in 1965 to score six touchdowns in a game. Dub Jones of the Cleveland Browns did it in 1951, while Ernie Nevers did it with the Chicago Cardinals in 1929.