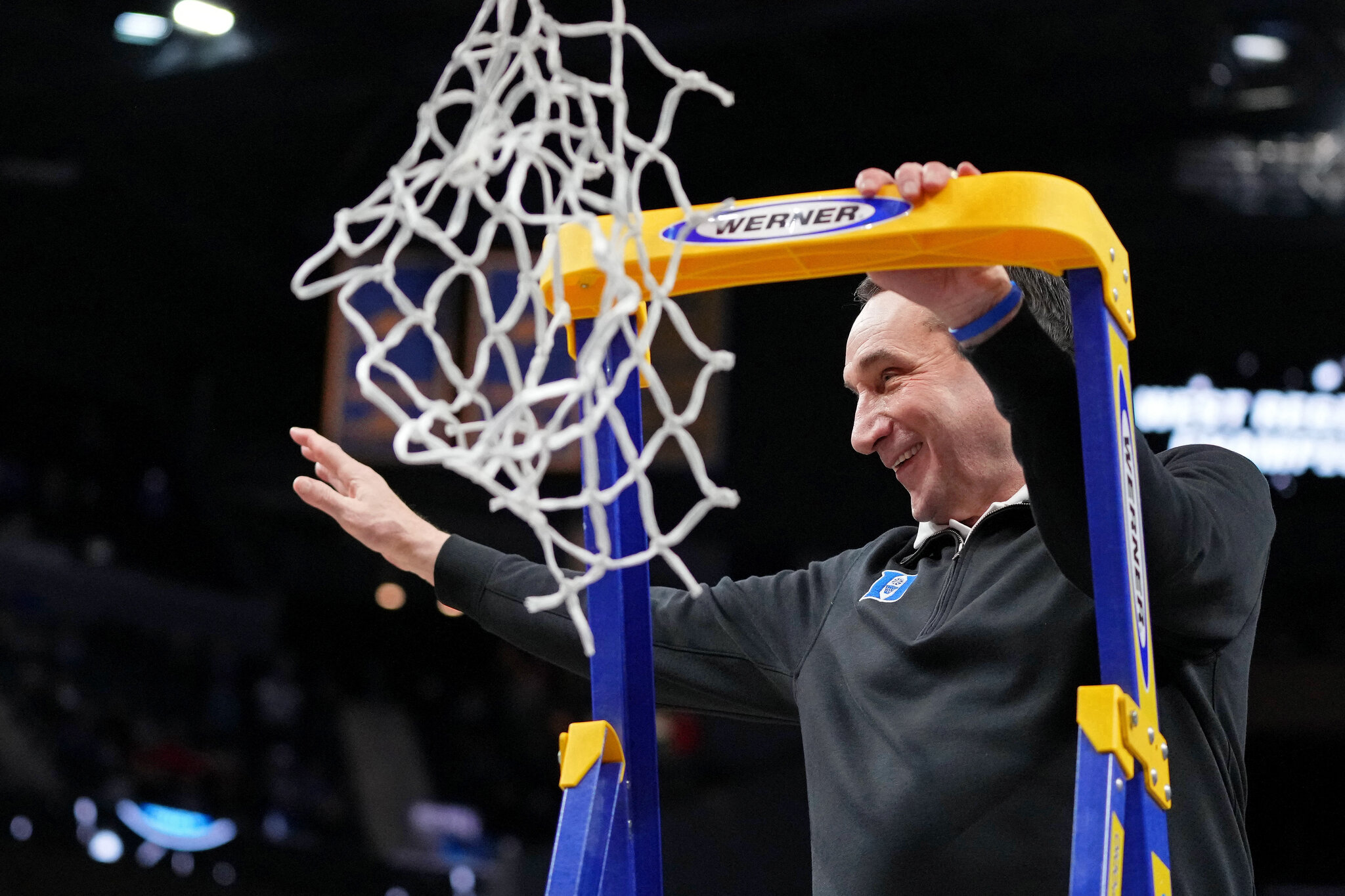 On Saturday night Duke and Arkansas clashed in the West Region Final.  Having reached the Elite Eight in back to back seasons, the Razorbacks were looking to make their first Final Four appearance since 1995.  The sole representative of the SEC Conference put up a valiant effort, but never really threatened to take down the No. 2 seed Duke Blue Devils.

The team from Durham, N.C., took a 12 point lead into half-time, and kept their foot on the gas in the second half.  Led by A.J. Griffin’s 18 points, Duke has made the Final Four for a 13th time under Coach K.

The 78-69 win leads Duke to potentially face-off with long time rival North Carolina in the last four.  The Blue Devils will await their opponent this Sunday as the upstart Saint Peter’s Peacocks will attempt another upset against the aforementioned Tar Heels.  Duke and Coach K will surely be watching, as they’ve cut down the nets once again.