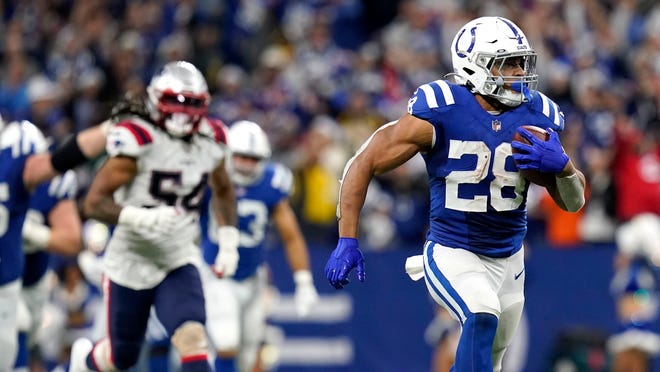 In a throwback to the Manning and Brady days, the Patriots and Colts faced off in a game with playoff implications.  Coming off of the inner-division win at Buffalo, the Pats were playing for the number one seed in the AFC.

Indianapolis came into the night at 7-6, and still looking to push the Titans for the AFC South.  The Colts took an early 14-0 lead rattling rookie New England QB, Mac Jones. The Alabama product threw two interceptions in the game, and struggled to find his footing until late the 4th quarter.

The Colts lead extended to 20-0, until the Pats mounted a valiant comeback that fell short with 2 minutes left in the culminating quarter. 2nd year running back; Jonathan Taylor totted the rock for a 67-yard touchdown to seal the 27-17 victory for the Colts.

The loss ends New England’s 7-game win streak, and keeps the AFC East division door open for Buffalo. The Colts are now 8-6, and have solidified themselves as a probable Wild Card team at the very least.