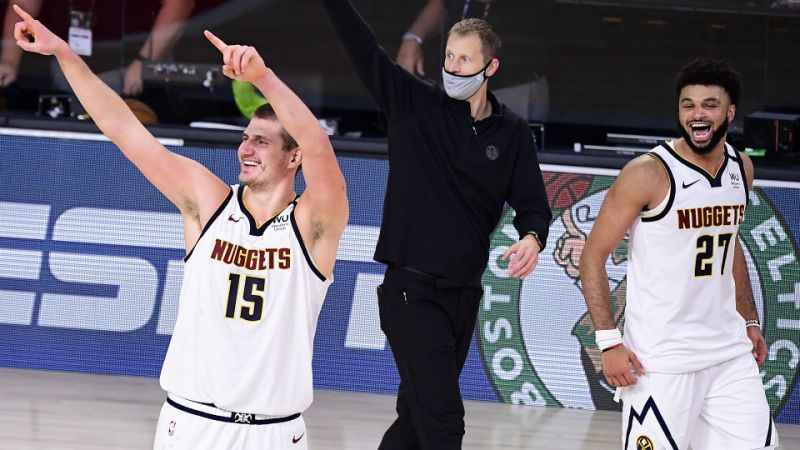 The Denver Nuggets have become the team that would not die, beating the Los Angeles Clippers 104-89 in Game 7 to advance to the Western Conference Finals for the first time since 2009. The Nuggets, who overcame a 3-1 deficit against the Utah Jazz in the first round, also trailed 3-1 against the Clippers. This comeback was even more stirring as Denver trailed by 16 points in Game 5 and 19 points in Game 6 before turning the game around in the second half. The Nuggets held the Clippers to 33 points in the second half, on the wat to a 15-point victory as Nikola Jokic had a triple-double with 16 points, 22 rebounds, and 13 assists, while Jamal Murray scored a game-high 40 points.