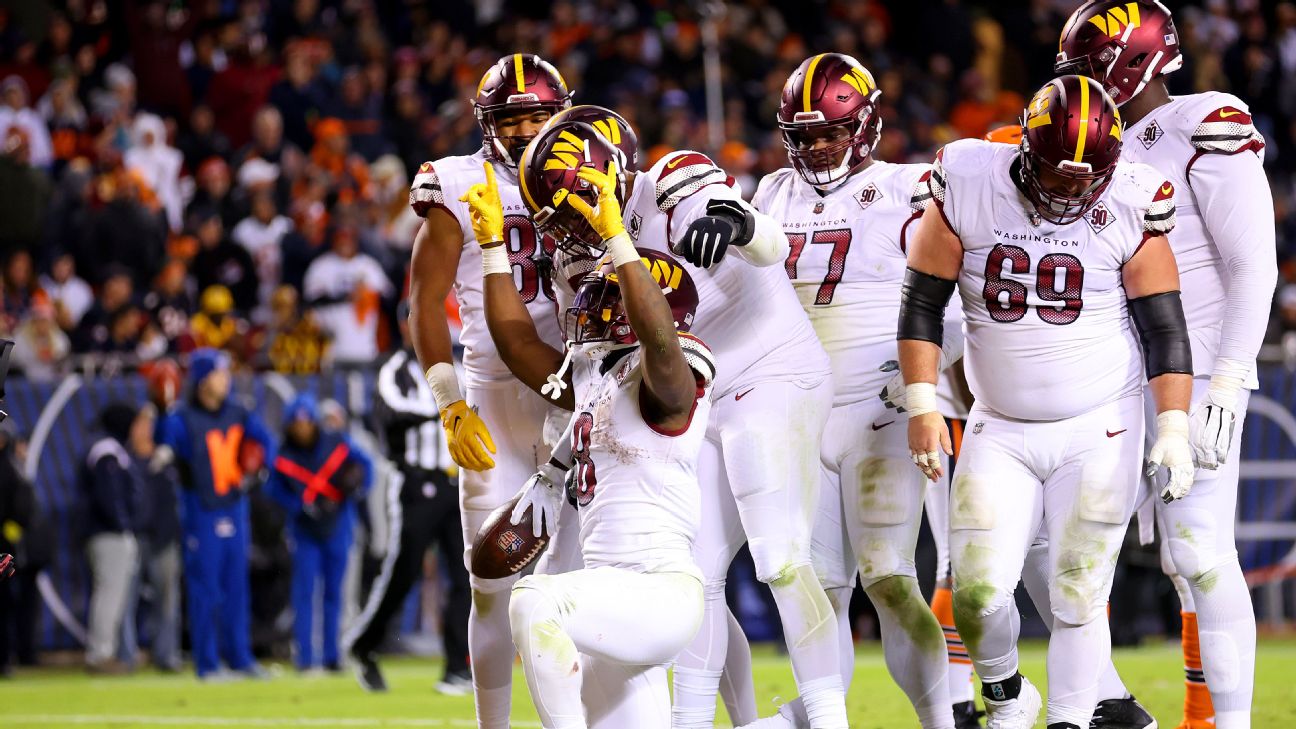 In what seems to have turned into seemingly the worst game of the week, Thursday Night Football showcased the 2-3 Bears vs. the 1-4 Commanders. Coming into the contest yet to win on the road, Washington narrowly skipped by Chicago by a score of 12-7.

In what was an ugly game in all three phases of the ball, and only two touchdowns scored in the game’s entirety, the highlight of the game came when rookie running back, Brian Robinson scored his first NFL touchdown. The Alabama product recently returned after being mugged and shot earlier this year.

Justin Fields and the Bears are yet to show real progress as they continue their rebuild, and the Commanders are unlikely to challenge for the NFC East title this season. However, the Commanders won’t pay attention to the outside noise, as they grabbed a victory, and fans of the NFL did too, as we won’t have to sit through this game in any way, shape, or form come Sunday.