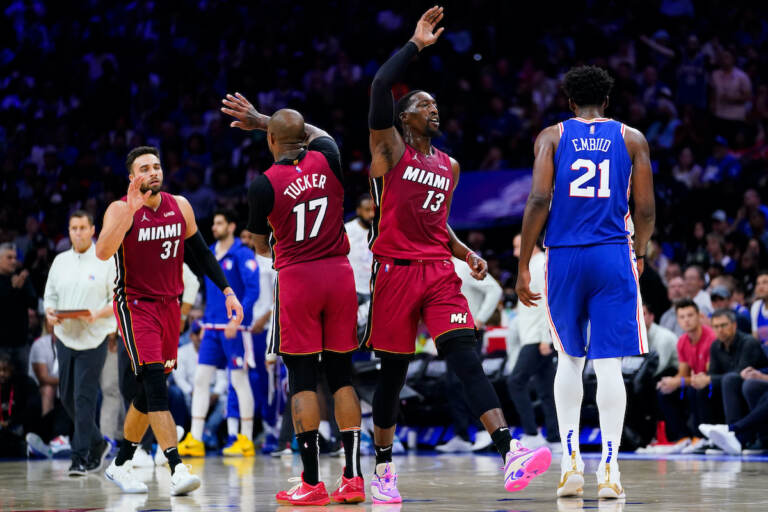 On Thursday night the Philadelphia 76ers hosted the Miami Heat in an elimination Game 6.  Needing to win at home to push the series to 7, the banged up Joel Embiid did what he could, but it wasn’t enough to win the game.

Embiid has suffered an injury to his thumb, a concussion, and facial fractures during these playoffs, but what hurts most is his pride, and Miami dissembled the 76ers piece by piece.  Former 76er, Jimmy Butler continued his good play pouring in 32 points on the night.

Things went from bad to worse for Philly when dead-eye shooter, Danny Green was knocked out of the game with what looked like a serious leg injury.  Miami didn’t let up though, taking James Harden out of the game, and sinking big shot after big shot.

The Heat have shown to be one of the most consistent teams in the NBA, and will now play in the Eastern Conference Finals for the first time since 2020.