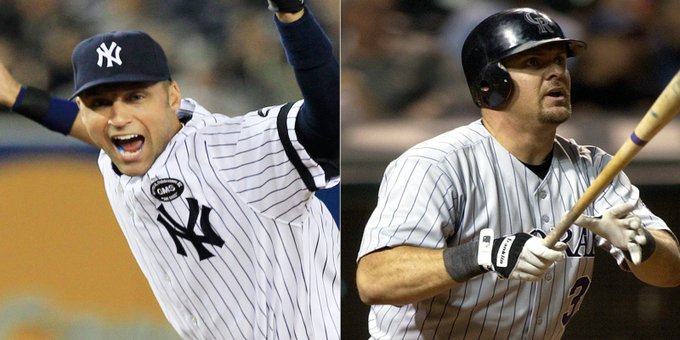 The 2020 Hall of Fame Class was announced on Tuesday. To the surprise of no one, Derek Jeter was selected in his first year of eligibility. Jeter, the one time captain of the New York Yankees, fell one vote short of being a unanimous choice as he appeared on 396 of the 397 votes that were cast. Derek Jeter is the ninth player to play his entire career with the Yankees to be enshrined in Cooperstown, and the 28th overall player Yankee in Baseball’s Hall of Fame. Derek Jeter played from 1995-2014, appearing in the postseason in all but three seasons, and is sixth all-time on baseball’s hit list with 3,465. Joining Jeter will be Larry Walker, who made the Hall of Fame in his tenth and final year on the writer’s ballot. Walker, who played with the Montreal Expos, Colorado Rockies, and St. Louis Cardinals from 1989-2005, is just the second Canadian born player in the Hall of Fame.