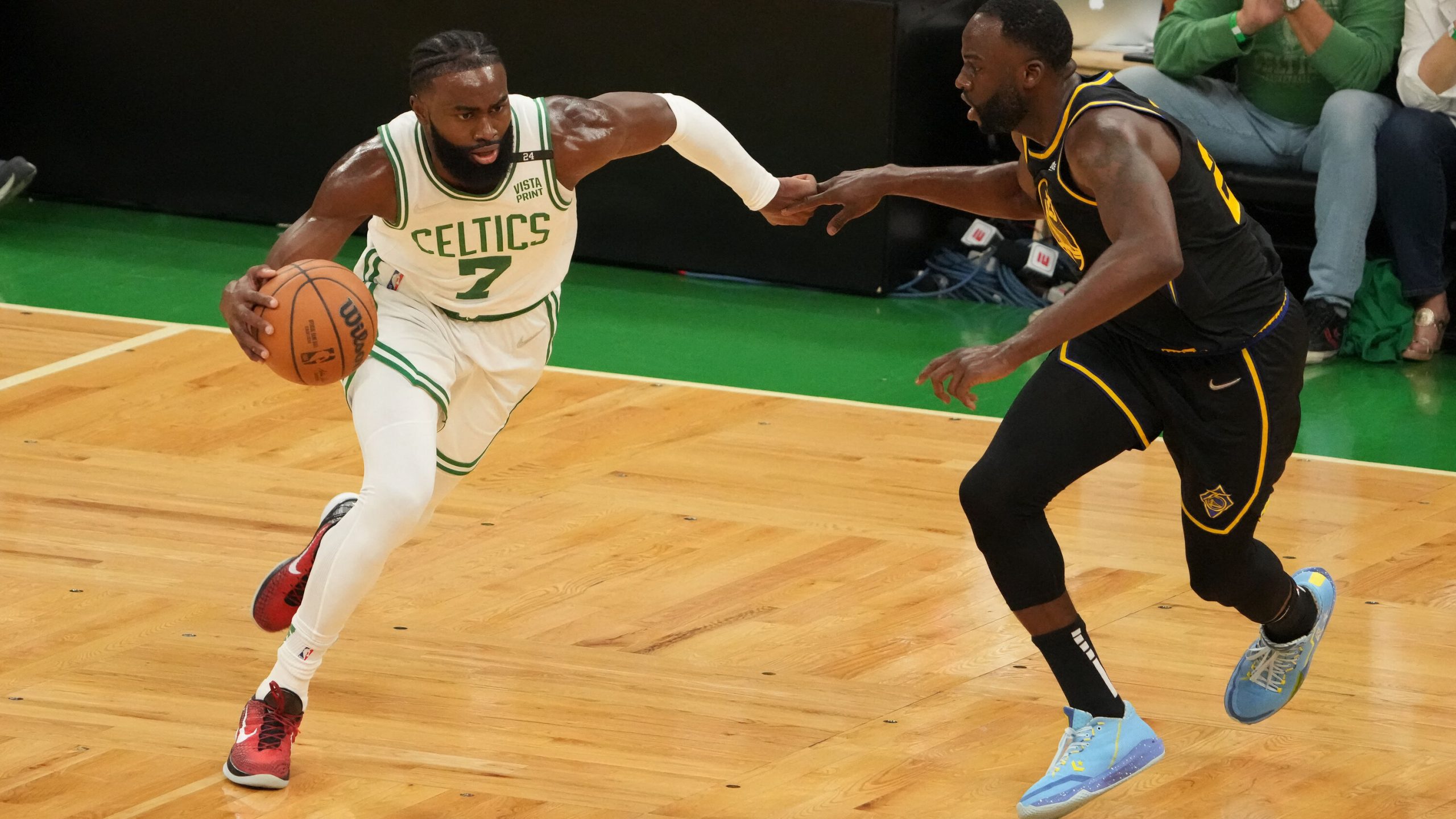 On Wednesday night the NBA Finals shifted to TD Garden, where the Boston Celtics were 5-4 in the postseason this year.  They’re now 6-4 primarily thanks to Jaylen Brown’s 27 points.  Jayson Tatum had 26 pts, and Marcus Smart contributed 24 as well.

The Warriors played from behind virtually the whole game, but managed to cut the Celtics double digit lead to 2 points with Steph Curry hitting six 3-pointers on the night.

Curry’s leg was caught underneath him with Al Horford laying on top of the Golden State guard.  Hobbled and not quite able to overcome the deficit fully, The Celtics regained their double digit lead, eventually taking the game 116-100.

Game 4 will be Friday night, in what has been a back and forth series, it remains to be determined whether or not the Celtics can string together back to back winning performances.  The Warriors will certainly do their part to make sure that doesn’t happen.