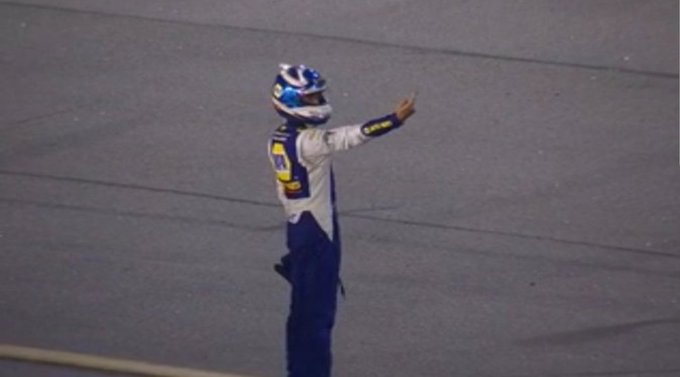 NASCAR was back in Darlington, on Wednesday night for the Toyota 500. It was the first points race on Wednesday Night since 1984, as they look t get the race for the chase back on track after a two-month hiatus due to Covid-19. Early in the race, Clint Boyer was in control, leading after the first two stages. The first driver to win both stages this season. In the final stage, Boyer bumped the wall and finished 22nd. Rain would threaten the race late when Kyle Busch was attempting to pass spun out Chase Elliott. Elliott, who was running second, was none to please and gave a one-finger salute to Busch when the cars went by again. With the race under caution, Kyle Busch remained second behind Denny Hamlin as the rain began to fall. The race would be stopped, and with 20 laps remaining, the race was declared over as Hamlin got the victory. However, the incident between Chase Elliott and Kyle Busch became the main story as members of Elliott’s crew confronted Busch after the red flag.