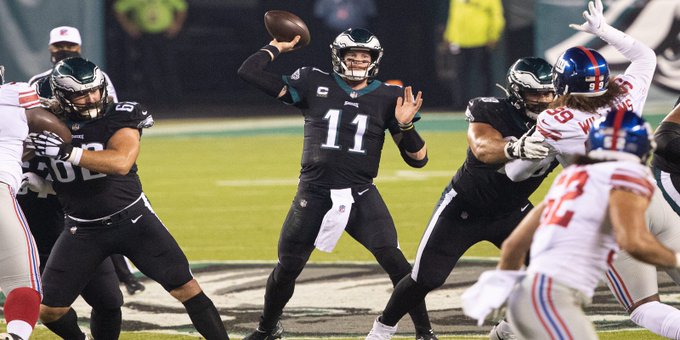 Thursday Night Football had the worst division in the NFL, with the 1-5 New York Giants facing the 1-4-1 Philadelphia Eagles, with the winner having a share of the lead in the NFC East. As expected, the game was sloppy, with the Eagles winning 22-21. After trailing 10-7 at the half, the Giants took control of the game in the third quarter with Daniel Jones stumbling down the field for 80 yards. Jones’ play set up a touchdown by Wayne Gallman. The Giants extended the lead in the fourth quarter, but with dropped passes and penalties, let the Eagles back in the game, as Boston Scott scored with 40 seconds left to win the game.