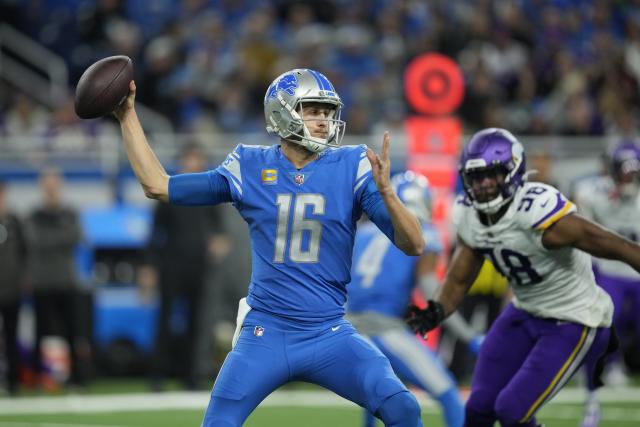 Week 14 in the NFL brought about 6 teams on a bye, leaving a shortened schedule, but with most matching being inner divisional. One of which took place at Ford Field, where the 1st place in the NFC North, Vikings traveled to take on the upstart Lions.

Detroit came into the game with an outside chance at making the playoffs, and after beating Minnesota by a score of 34-23, that chance grew.

Having won 5 of their last 6 games, the Lions are now 6-7, and very much in the mix for a postseason birth. Former number 1 overall pick, Jared Goff threw for three touchdowns and no interceptions. Including a big play TD to rookie wide out, Jameson Williams, who made his regular season debut.

The Lions defense has tightened up as of late, and have done just enough to give the offense a chance, and they’re taking that chance. While still atop of the division, the Vikings are 2-2 over their last four  games, showing signs of weakness. The Lions march continues, as next Sunday they hit the road in what will be a massive game with playoff implications at MetLife stadium against the Jets.