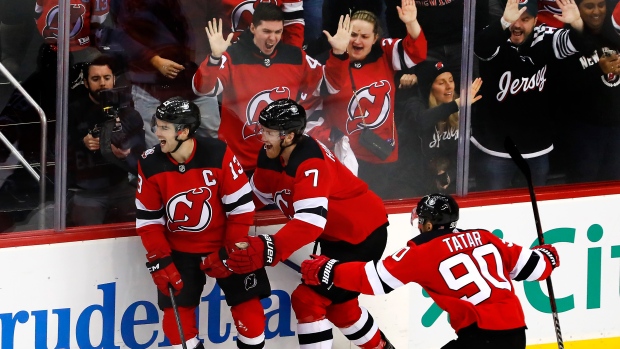 On Tuesday night the New Jersey Devils swept the Calgary Flames in a road/home back to back. The Devils, who’ve been a bit of a surprise thus far into the NHL season are now atop of the Metropolitan Division having won 7 straight games.

Nico Hischier scored with 8 minutes left in the third period to give the home team the lead, and seal the game. Dougie Hamilton and Ryan Graves also lit the lamp for the Devils on the night. On the other side of the coin, Calgary has lost 6 straight games. While their roster is talented, they are yet to gel, and show that they’ll be able to repeat some of the regular season success they discovered last year.

Up next for New Jersey it’ll be the Ottawa Senators, who are currently last place within the Atlantic Division.