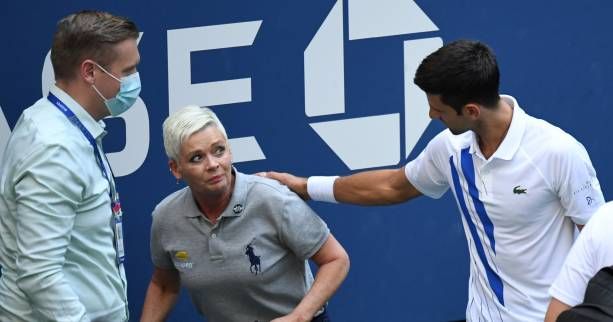 Novak Djokovic has been disqualified from the U.S. Open, losing prize money and likely his number one ranking after accidentally smashing a ball at a lineswoman out of frustration. Djokovic was the favorite to win the U.S. Open, which is the first tennis major since the Australian Open with both the French Open and Wimbledon getting canceled due to the COVID pandemic. The incident occurred in the first set, with Novak Djokovic of Serbia leading Pablo Carreno Busta of Spain 6-5 in their fourth-round match. During a changeover, Djokovic took a ball and tried to bounce it off the back wall, but it struck the back judge in the throat, leading to no other choice but to give the top-ranked player a disqualification for striking an official.