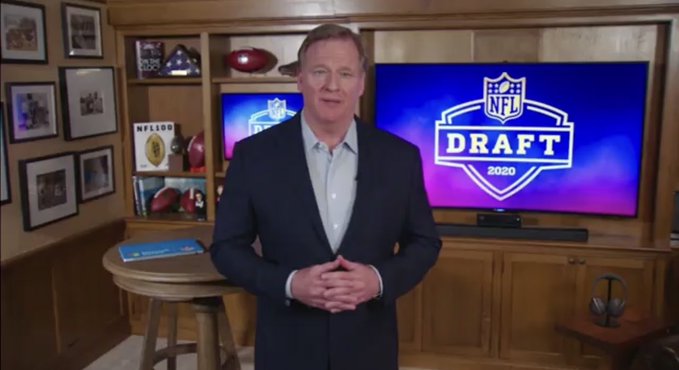 It was an NFL Draft like no other. Initially slated for Las Vegas, the 2020 NFL Draft took place in cyberspace due to the current social distancing restrictions due to the COVID-19 pandemic. Roger Goodell announced each pick from his home, while all teams connected from within their own homes. Perspective draft picks were also connected remotely, as the first major sporting event since the shutdown six weeks ago went off without a hitch. There were few surprises in the 2020 NFL Draft as Joe Burrow; the Heisman winning quarterback went first to the Cincinnati Bengals. Chase Young of Ohio State, the top rate defender, went second to the Washington Redskins. The Miami Dolphins picking fifth were satisfied with the medical and chose Alabama quarterback Tua Tagovailoa. Justin Herbert of Oregon was selected one pick later by the Los Angeles Chargers. A total of 14 players from the SEC went in the first round, while four quarterbacks were taken, including Jordan Love of Utah State was picked 26th by the Green Bay Packers, in the day’s most shocking pick. The draft continues with the second and third round Friday and concludes with the final four rounds on Saturday.