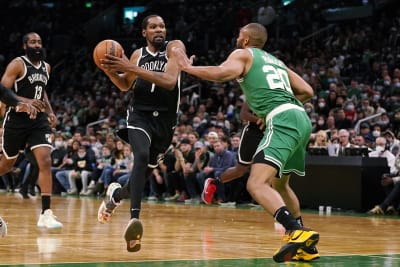 The Nets beat the Celtics 123-104 behind Durant’s 21 points in 37 minutes. Australian guard, Patty Mills contributed as well with a cool 23 points. The Nets have played well overall without mercurial star Kyrie Irving this season, and have an overall record of 14-5.

Durant takes home the win, and also moved passed Allen Iverson, and into the top 25 of the NBA’s all-time scoring list.

The Celtics will attempt to regroup, but it feels like the same old story for the C’s disjointed roster…they will travel to San Antonio to take on the lowly Spurs Friday night.