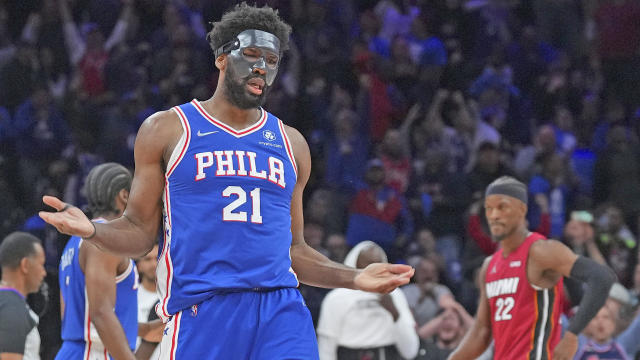 On Friday night, MVP candidate Joel Embiid returned to the starting lineup for the 76ers.  In what was essentially a must win game in order to avoid an 0-3 deficit, Philadelphia beat Miami, 99-79.  After sustaining a concussion and facial factures for the second time in his career, the Cameroonian international was fitted for a mask, and his presence was immediately felt as he contributed 18 points and 11 rebounds bolstering the 6ers frontline.

The Heat demonstrated as to why they’re the number 1 seed in the East, staying within striking distance virtually the whole game, swingman Jimmy Butler had 33 points and 9 rebounds in the losing effort.  Ultimately, it was Philly’s night as they pegged one back in the series taking it to 2-1 now.

The pivotal Game 4 will be Sunday, again at the Wells Fargo Center. The 76ers will hope that Embiid’s return will not just be a one-off performance, as they look to level the series.