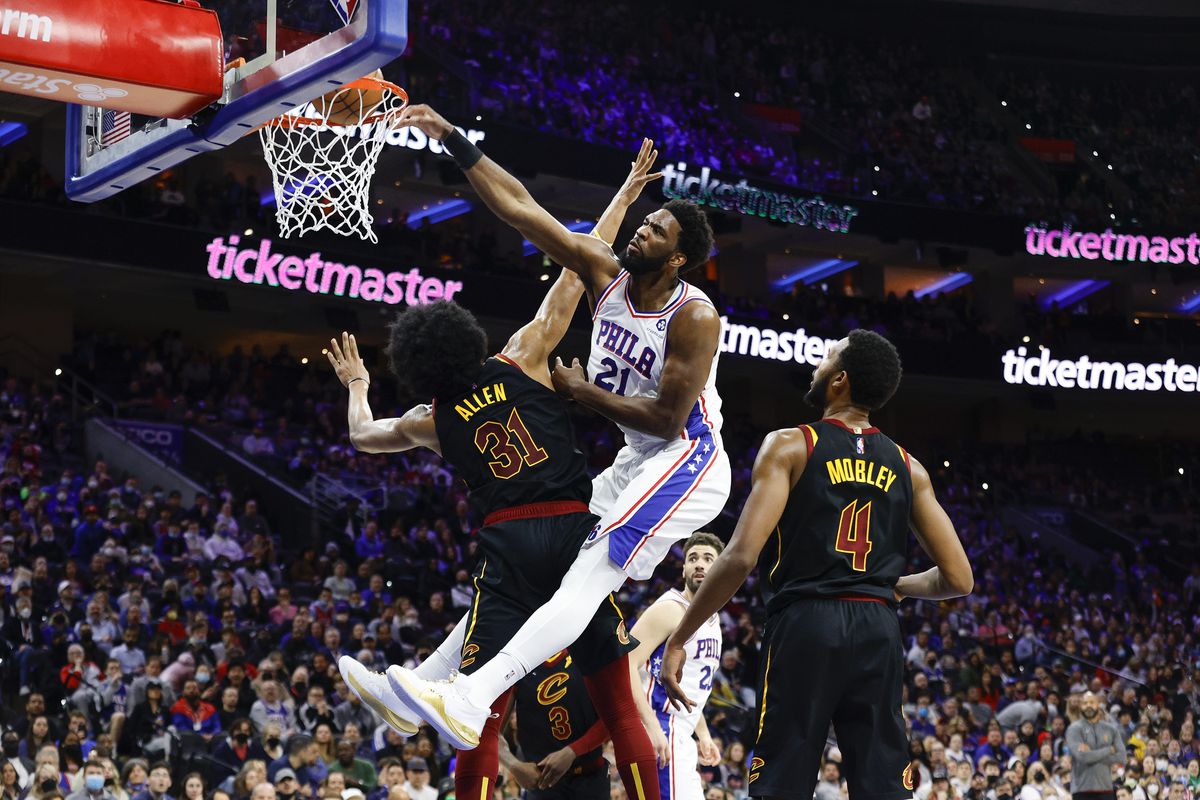 On Saturday night, the young and energetic Cleveland Cavaliers traveled to the Wells Fargo Center to take on the front runner for league MVP.

After acquiring James Harden at the trade deadline, he remained unavailable for Doc Rivers and the 76ers.  However, they did have Joel Embiid, who’s performance on the night was nothing short of spectacular.  The big man from Cameroon had a 40 point triple double.  Adding 14 rebounds and 10 assists to his point total, Embiid’s box score was full.

The play of the game came in the 1st half when the 7 footer threw down a nasty dunk on Cav’s big man Jared Allen.  Tyrese Maxey chipped in with 16 points for the home team as well, as they won the game 103-93.  Cleveland hung in the contest, as they have proved to be a worthy contender in the Eastern Conference all season.  All-Star guard, Darius Garland had 27 points for the road team in the loss.

Both teams will know that their true test will come in the playoffs.  The game could stand as a preview of what’s to come this postseason.